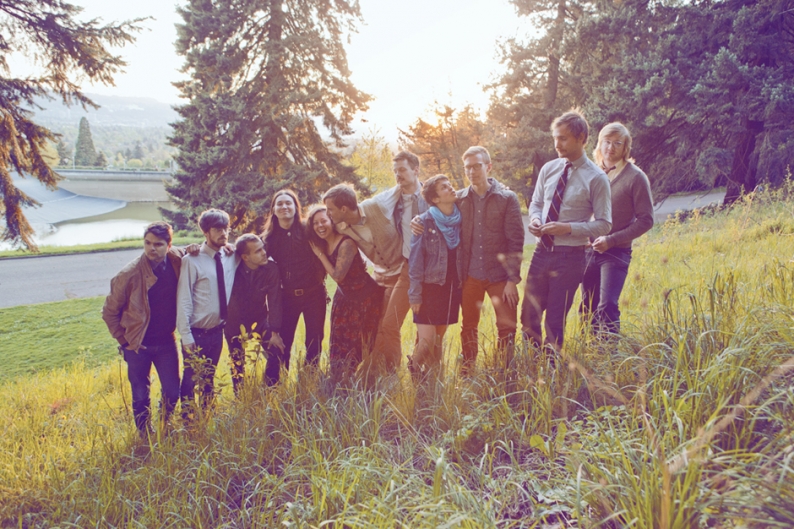 Last month, Typhoon shared “Dreams of Cannibalism,” the first sample of the Portland collective’s upcoming album, White Lighter, due August 20 from Roll Call Records. Now, the massive outfit — composed of more than 10 permanent members — has unveiled another mind-boggling chunk of orchestral pop in the form of “Young Fathers.” This latest epic dives into the group’s enormous range: Frontman Kyle Morton’s earnest vocals lead the charge, his wondrous delivery flanked by left-field riffage, sudden fits of silence, chirping backup singers, and triumphant horns — and those are just a few of the sounds thriving inside “Young Fathers.”

Typhoon have also announced a North American tour in support of their follow-up to 2011’s A New Kind of House EP. In September, the dynamic crew will kick off a slew of live shows at MusicFestNW, a six-day festival happening in their hometown of Portland. The 26-date trek will then lead Typhoon across the U.S. and into Canada before wrapping up on October 19 in Eugene, Oregon.

Hear “Young Fathers” below, followed by live dates and the track list for White Lighter.