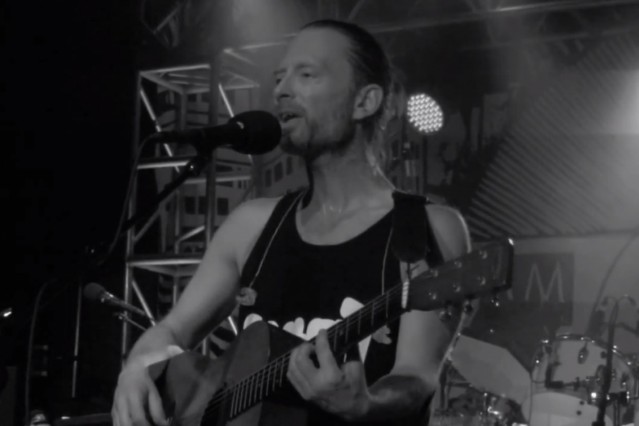 “Who the fuck is talking, man?” That was Thom Yorke, a little more than a minute into the first song of Atoms for Peace’s second encore during an intimate Los Angeles concert over the weekend. He’d been cooing in falsetto as part of a solo acoustic performance of still-unreleased fan favorite “The Present Tense.” The song hadn’t been included in the evening’s printed set list. There was, in fact, no excuse for idle chatter.

Yorke suggested to the crowd that the gig was “a rehearsal.” But to judge by these predictably intense, rhythm-focused performance clips? Atoms are ready for rooms where a lot more people should have no trouble shutting up and listening.