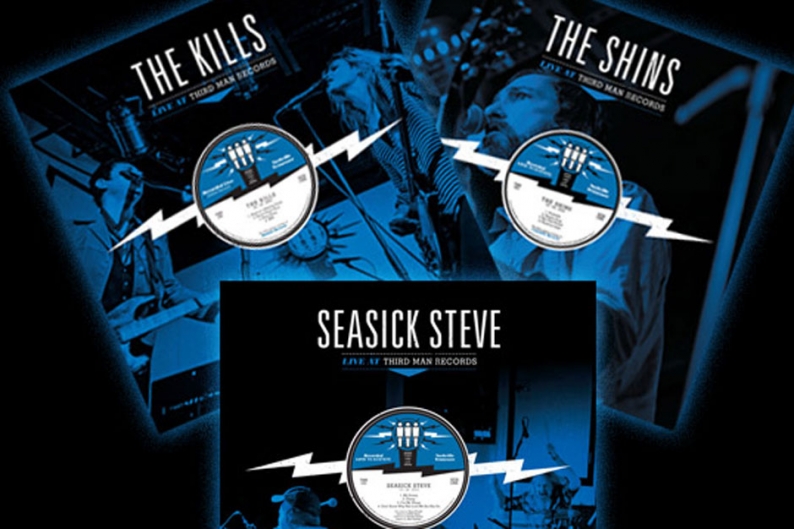 On June 25, Jack White’s Third Man Records will release all-new live records from the Shins, the Kills, and blues legend Seasick Steve. According to an official announcement, these three releases are the first to benefit from the label’s special direct-to-acetate recording method. All of the performances were committed to tape, without any overdubs or editing, in Third Man’s Blue Room in Nashville last October and mixed in real time on a Rupert Neve 5008 console by Grammy-winning engineer Vance Powell. The 12-inch vinyls were then instantly cut using a 1953 Scully Lathe once employed by Cincinnati’s King Records.

“The good people at Third Man believe that this new/old method of recording is as honest as it gets,” reads the press release, “bringing listeners as close to the experience of the performance as possible (of course, that is until their talented team of engineers and tinkerers manage to gather all the necessary parts to get their time machine and teletransporter back up and running).” Currently, Third Man is the only live venue that offers this process.

The fast-approaching discs will be available individually or as a bundle, and can be purchased through Third Man’s online store or their Nashville location. Pre-orders are now being accepted. Catch a glimpse of the direct-to-acetate process, and Seasick Steve’s live performance, by watching the trailer below.