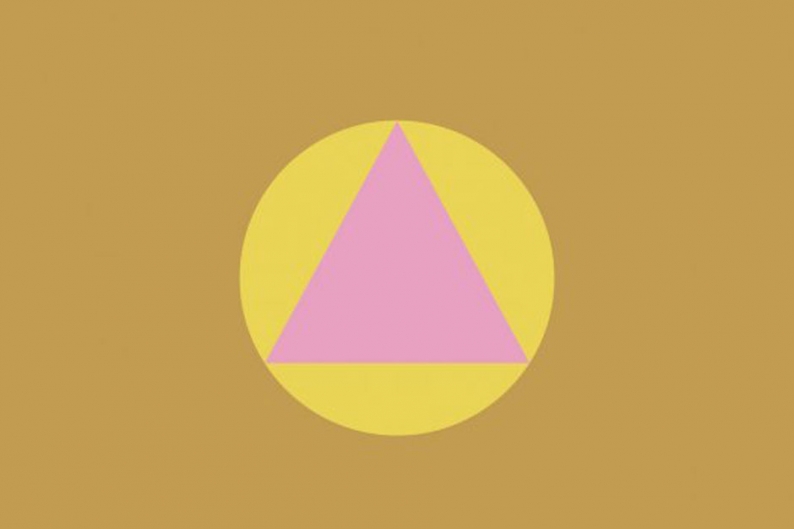 Side A includes Sleeping States’ Old Vs. New, which is a reworking of older material and was originally released overseas via Bella Union. For Side B, Califone’s Brian Deck remixed and shrunk Holopaw’s recent album, Academy Songs, Volume 1, into a single nine-minute song called “Through ‘Til the Morning,” with some help from fellow Califone member Benny Massarella.

The double-billed treat is currently available in digital and pink vinyl formats (via Misra). A portion of proceeds from album sales will go toward the Point Foundation, an organization that provides support to LGBTQ students. For a preview of the collection, below hear Sleeping States’ achingly tuneful “Planning My Escape” (originally premiered via OUT), followed by Holopaw’s restless “Through ‘Til the Morning,” which somehow transitions from an electronic chin-stroker to a tribal chant (via Stereogum).

Of course, the gay rights movement scored a monumental victory this week with the Supreme Court’s June 26 ruling that the Defense of Marriage Act (DOMA) — the law forbidding the federal government from recognizing same-sex marriages legalized by individual states — as unconstitutional. SPIN recently contacted several politically active musicians for reactions to the news. Find those choice quotes by reading F*** Prop 8: Musicians Weigh in on the Supreme Court’s Landmark DOMA Decision.

Old Vs. New EP b/w Through ‘Til the Morning EP track list: