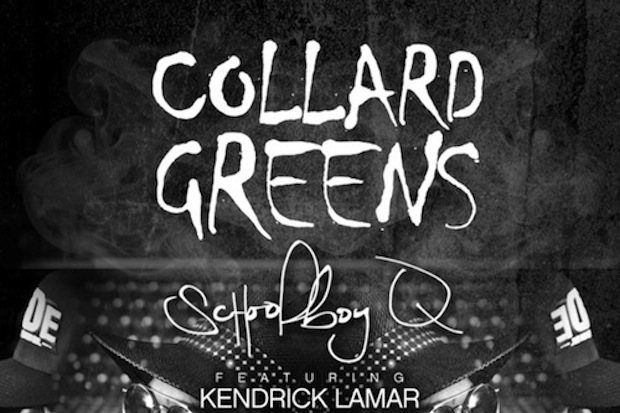 Chemical drugs are a dominant theme in the music of ScHoolboy Q — from syrup to pills to who knows what else — but the Los Angeles rhymer isn’t above a good weed anthem. His Black Hippy bandmate Kendrick Lamar drops by for “Collard Greens,” a song that’s about a different sort of edible vegetation. The incongruously upbeat track is slated to appear on Q’s upcoming Interscope debut Oxymoron (get it?). Produced by frequent TDE collaborator THC (with help from Gwen Bunn), the song packs a dizzy chorus that eventually floats off like a trail of smoke while the snapping beat bounces onward.

Also, Kendrick — who wore a painted-on onsie-ish outfit at Governors Ball this past weekend — raps partly in Spanish. Dude is getting weird, which should be good news for the rest of us. The two will be on tour with the rest of Black Hippy (Ab-Soul, Jay Rock) this summer while ScHool readies his album. He recently previewed another new track tacked onto the end of the director’s cut version of Lamar’s “Bitch, Don’t Kill My Vibe” video.