Roy Hibbert, ‘No Homo,’ and How Hip-Hop Fits Into This

An offensive rap joke gets an Indiana Pacers player fined, but not suspended, for Game 7 of NBA playoffs 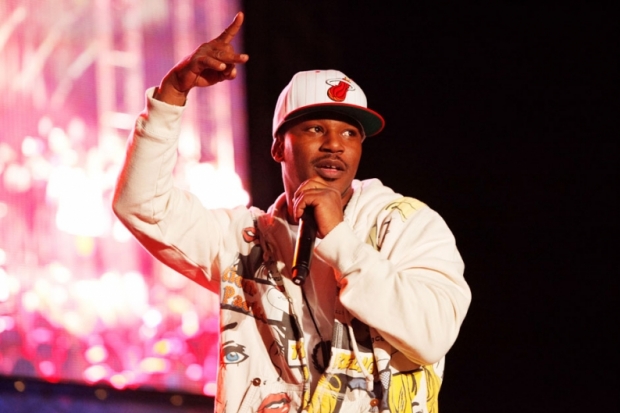 After uttering the hip hop-derived phrase “no homo” at a press conference on Saturday night, Roy Hibbert of the Indiana Pacers was fined $75,000, though not suspended from tonight’s seventh game of the NBA Eastern Conference Finals. Hibbert spoke after the Pacers’ Game 6 victory, evaluating his defensive play by saying. “There was Game 3 here that I felt I let [Pacers swingman] Paul [George] down in terms of having his back when LeBron [James] was scoring in the post or getting into the paint, because they stretched me out so much — no homo.” He chuckled and kept talking about the game.

Quickly, let’s explain the phrase “no homo” because the sports media is doing a terrible job with this mini-controversy: “No homo” is a phrase culled from mid-2000s hip-hop, popularized by the notoriously absurd Harlem rappers Cam’ron and Dipset. It immediately negates when you say something that somehow could be perceived as “gay” by your presumably, straight, male friends. Here’s an example from Dipset member Juelz Santana’s “Santana’s Town”: “Po po and the cops again, no homo but they cocking them.” Or, here’s Lil Wayne on a freestyle over “Santana’s Town,” typically flipping a rap trope on its head and then back again, half-parodying “no homo” with these blunt, wordplay-less lines: “No homo, my flow is as hard as an erection/ So that’s why it’s ‘fuck the world’ with protection.” See? Pretty dumb stuff, right?

Increasingly in recent years, the phrase has gone out of vogue, but for a generation raised on Cam’ron’s rarefied ignorance (Hibbert is 26, so he falls into that category), it has become another part of casual, hangin’-and-jokin’-with-your-bros parlance. The term has a bit of an ambiguous reputation in hip-hop, too, though. The fairly milquetoast rapper Macklemore, who in part made his reputation with the pro-gay marriage song “Same Love,” jokes about the usage of “no homo” in his song “American,” a broad satire of a Red Stater: “Tony Romo, man that guy is so damn cute/ I wanna sack his boner, and ride him brokeback / All the way to Wyoming/ No homo, psych!/ Hey, I said, no homo!” Lonely Island also have a song parodying the term. The problem with these comedic riffs, though, is that they still remain jokes at the expense of the homosexual population, even if they are also jokes on those making jokes at the expense of gay people.

A few pieces covering Hibbert’s suspension have attempted to explain it as being like the Wayne’s World-popularized phrase, “That’s what she said.” But that’s a bit simpleminded. No player would ever be fined for a “That’s what she said” joke — though maybe he should be. “That’s what she said” is inherently misogynistic — based on the premise of some non-existent or generic “she” (and it is always a she) willing to perform sexual acts on you. Parsing offensive things by degree is problematic, for sure, but “no homo” is a different case; it’s a negation that goes out of his or her way not to just degrade and objectify another person, but to make it abundantly clear that they are not that type of person.

It also needs to be pointed out, however, that “no homo” doesn’t mean some sort of demand for the elimination of homosexuals. Once again, because coverage of this has been incredibly superficial and perfunctory, defining the term has gotten lost. Mostly, it is just explained away as “homophobic” and not examined further. But my guess is that plenty of sports fans, especially older ones unaware of every weird linguistic blip in hip-hop culture, are interpreting the phrase as more of an active anti-gay comment than just something stupidly offensive and juvenile.

Hibbert’s apology on Sunday was decent and swift, though it didn’t help clarify much of anything. “I used a slang term that is not appropriate in any setting, private or public, and the language I used definitely has no place in a public forum, especially over live television,” he said. Well, it isn’t really a slang term because there isn’t another phrase he could’ve used  instead. It is a phrase that solely exists to be “not appropriate in any setting.” On some level, though, Hibbert made a joke about buttholes. And that is the other side of “no homo.” That it’s a homophobic joke, but it is also, like so many things in hip-hop, a game about wordplay. The game of “no homo” — like, “That’s what she said” – is catching a phrase that no one would perceive as loaded or sexual and pointing it out as such. That’s pretty much what Hibbert did there at that press conference. But he still shouldn’t have done it.

This is extremely silly and understandably offensive, but it should be pointed out that “no homo” is also a layover from an earlier moment of hip-hop, nearly a decade old. It no longer has the cachet it once had, having gone the way of “swag” or “bling” or the casual use of “pimp” talk popularized by Snoop Dogg and others (another ripped-from-rap term that went mainstream and never should’ve because it’s so hurtful). Now, hip-hop is having to answer for something a basketball player said, which is frustratingly  typical. But as the “U.O.E.N.O” controversy illustrated, hip-hop has a way of governing itself quite well. It’s a shame that “no homo” persists and wandered into the professional basketball arena, but it should also be acknowledged that the world of rap has, for the most part, phased it out.