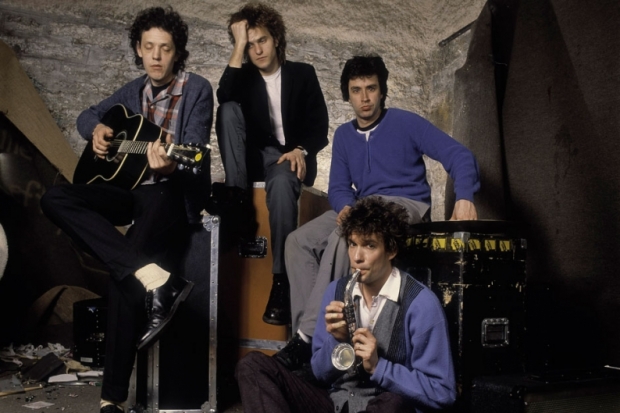 The Replacements have reunited for the forthcoming traveling Riot Fest 2013, but they won’t be joined by longtime guitarist Slim Dunlap. The 61-year-old punk icon suffered a massive stroke last year from which he is still recovering, but ‘Mats fans are getting another chance to contribute to his well-being. Paul Westerberg and Tommy Stinson got back together in June to begin work on the Songs for Slim project, which has since evolved to include contributions from others.

The latest addition to the successful vinyl-only auction series? A limited-edition 7-inch featuring X’s John Doe covering “Just for the Hell of It” on the A-side, and Deer Tick with Vanessa Carlton and Local H’s Scott Lucas on the B with their version of “From the Git Go.” Both originals can be found on Dunlap’s 1993 solo album, The Old New Me. Doe’s contribution was recorded in North Hollywood with songwriter-producer Joe Henry (Billy Bragg, Bonnie Raitt, Hugh Laurie).

The single will be signed and numbered, limited to 100 copies, and open for bidding at the Songs for Slim site from June 15 to 22. Last month’s 7-inch featured contributions from the Wallflowers’ Jakob Dylan and Joe Henry himself, and wound up raising almost $5,600. The July installment will feature Frank Black of the Pixies (sadly no Kim Deal) playing with Minneapolis punks the Soul Commandos, as well as a song by Australia’s You Am I.