'...Like Clockwork' could sell close to 85K its debut week 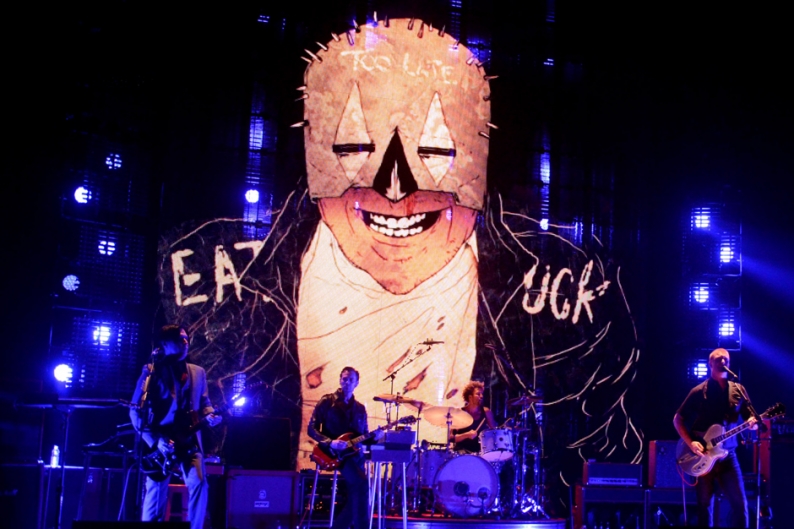 Midweek sales projections are showing that Queens of the Stone Age are on target to sell between 80,000 and 85,000 copies of their just-out sixth album …Like Clockwork. With Daft Punk’s Random Access Memories dipping 73 percent to move 93,000 copies this past week while still holding onto the No. 1 spot on the Billboard 200, the California desert rock kings have a chance at snatching the U.S. album sales throne.

Blabbermouth cites Hits Daily Double for the figures, based on single-day sales following the long-player’s release yesterday (June 4). The band’s last album, 2007’s Era Vulgaris, sold 52,000 its first week and topped out at No. 14. Lullabies to Paralyze, released in 2005, fared better with 97,000 units moved and a No. 5 slotting. The new one includes collaborations with Elton John, Trent Reznor, and much of the personnel from 2002 classic Songs for the Deaf.

Meanwhile MusicWeek reports that …Like Clockwork is a lock for No. 1 in the U.K. followed by Disclosure’s Settle and, in third, Random Access Memories. SPIN Breaking Out bros Disclosure are doing well in Australia as well, though TheMusic.com.au lists Queens and City & Colour as the biggest threats to the ‘droids down under. Reached for comment, via the song “Smooth Sailing,” Josh Homme affirmed his goal: “I blow my load over the status quo.”