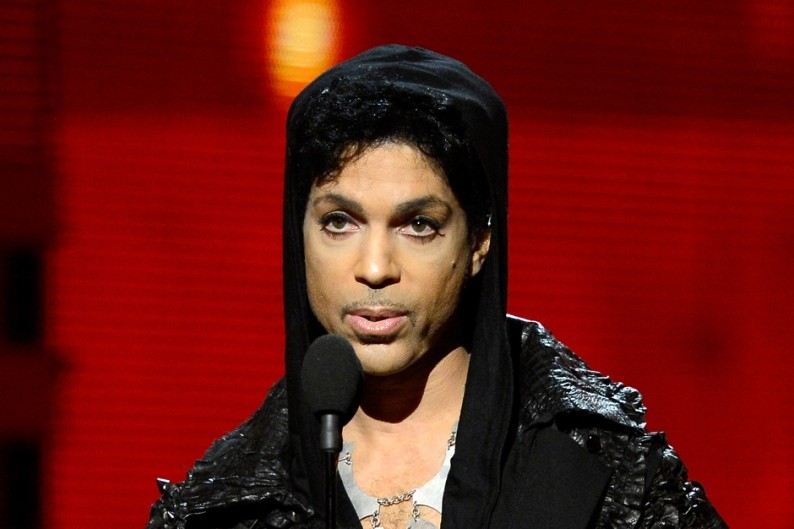 Prince’s 3rdEyeGirl is just an endless font of nu jamz. Last week, the Purple One let slip “Ain’t Gonna Miss U When U’r Gone,” a funked kiss-off in which the Artist offers to rub some “ta-tas” for good measure. He’s got a little bit more in mind on “Extraloveable Reloaded,” a reboot of his unreleased 1982 single for Vanity 6. Frankly, he wants to take a shower with you. Or a bath. (But no hot tubs. That’s how folliculitis happens.) Like the others before it — see “That Girl Thing” and “Boyfriend” — the new old song is available for the highly specific price of $0.88. This actually isn’t even the first time Prince has resurrected this one. As Consequence of Sound points out, two years ago he released “Extraloveable 2011,” which featured a rap verse from someone called Andy Allo. That’s been scrubbed, but otherwise the record seems to be the same: lotsa horns, lotsa horndogging. As previously reported, the man is currently gearing up for his 35th album, Plectrum Electrum. Stream courtesy of Soul Culture: