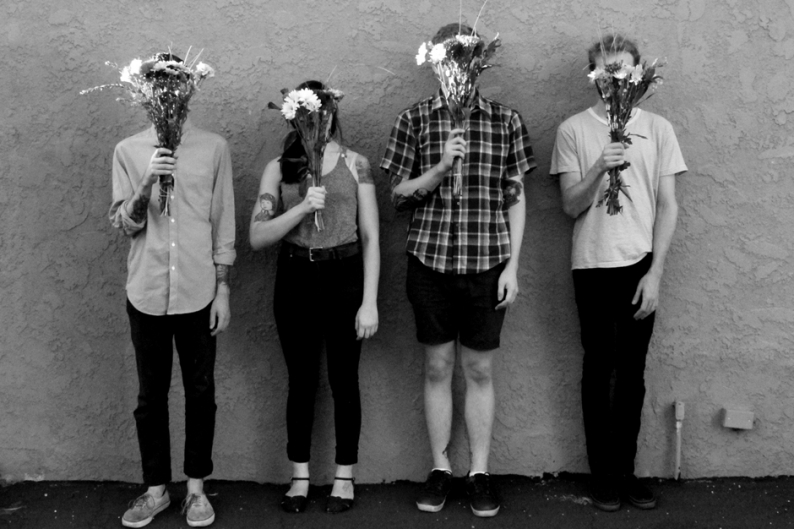 Ann Arbor quartet Pity Sex swoons hard within a shoegaze swirl, using pop prettiness as their anchor within the fuzz. My Bloody Valentine and the Breeders loom large over these youngsters — the band formed in 2011 — but it’s been a long time coming, in a way. Drummer Sean St. Charles and guitarist-singer Brennan Greaves have known one another since kindergarten and played in early groups together in the shadow of those ’90s greats. They eventually found their match in bassist Brandon Pierce and singer-guitarist Britty Drake, and last year shared the Dark World EP via Run for Cover Records. Now the quartet is poised to release their full-length debut, Feast of Love, by the same label on June 25, and we’ve got the beautiful “Fold” to share. Drake takes lead on this one, her voice vacillating between droning melancholy and transcendent melody. The music, too, moves in swells that rise and recede as the song demands. Dive in: