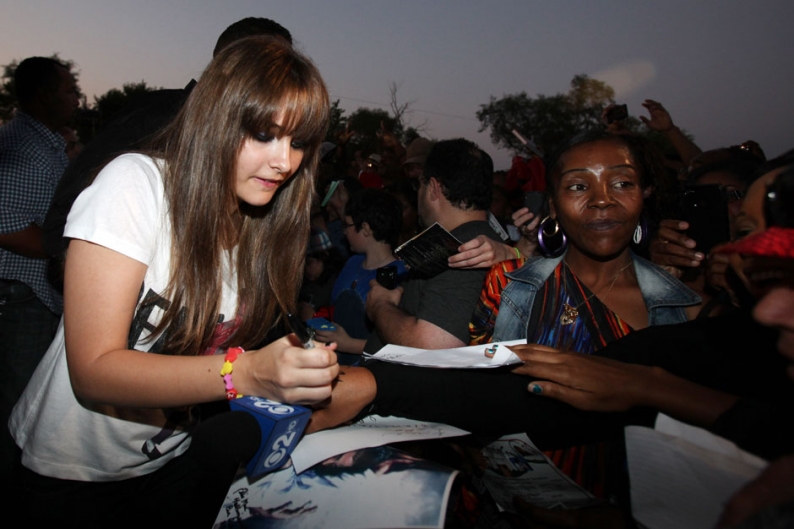 A judge has ordered an investigation into Paris Jackson’s well-being following the 15-year-old’s apparent suicide attempt last week. The Associated Press reports that the probate court judge who is overseeing the guardianship of Michael Jackson’s three children asked an investigator to look into Paris’ health, welfare, and education to determine whether any adjustments are necessary.

Superior Court Judge Mitchell Beckloff gave the order on Thursday, June 6, just one day after Paris was rushed from her home in Calabasas, California and taken by ambulance to a nearby hospital. According to TMZ, Paris had “multiple cuts on one of her wrists” when responders arrived on scene, but the Los Angeles County Fire Department claimed that they received a call regarding a possible overdose.

Regarding the court-ordered investigation, an attorney for Katherine Jackson, Paris’ grandmother and legal co-guardian, said on Friday (June 7), “There have been communications between the court and counsel, and we’re completely supportive of the court’s actions.” The lawyer added that Paris is physically fine and receiving appropriate medical treatment, but declined to elaborate any further on her condition.

In an email to the AP, the lawyer for TJ Jackson — Tito’s son and the other co-guardian for Michael’s three kids — wrote, “This is standard protocol in a high-profile case… The court is doing what we fully expected the court to do.”

Meanwhile, a legal representative for Michael Jackson’s estate said it would provide assist Katherine and TJ with Paris’ recovery. “The estate will work with Paris’s guardians to provide whatever is required for her best interests,” estate attorney Howard Weitzman said in a statement. “We are totally and completely supportive of Paris as her well-being is our foremost concern.”

Beckloff demanded a similar investigation be conducted last year after it was reported that Katherine Jackson had been out of communication with Paris and her two siblings, Prince and Blanket, for several days. The findings of that investigation were not made public, but the judge said he believed that the Jackson matriarch was a suitable guardian.

Shortly after Paris was hospitalized last week, one of Katherine’s lawyers told the New York Daily News, “She’s suffered with the loss of her father, but we don’t know what she was exposed to that precipitated this.” A source close to the family told Entertainment Tonight, though, that the teen made an attempt on her life because she was denied permission to attend Marilyn Manson’s June 6 concert with Alice Cooper at L.A.’s Gibson Amphitheatre. TMZ supported the claim, reporting that Paris “threw a fit” after being told she couldn’t see the show.

Marilyn Manson has commented on the news since, offering some compassionate words for the distraught girl. According to TMZ, Manson told Paris, “I hope you feel better. You will be on my guest list anytime you want.” In a less tasteful tribute, the gothic showman pretended to cut his wrist with a knife after dedicating the song “Disposable Teens” to Paris. TMZ reports that during the June 6 performance that Paris hoped to attend, Manson used a knife attached to a microphone to mime self-mutilation. Well-intentioned, we suppose, but not at all a productive show of support.