'An Object' opener is a pummeling, textured manifesto 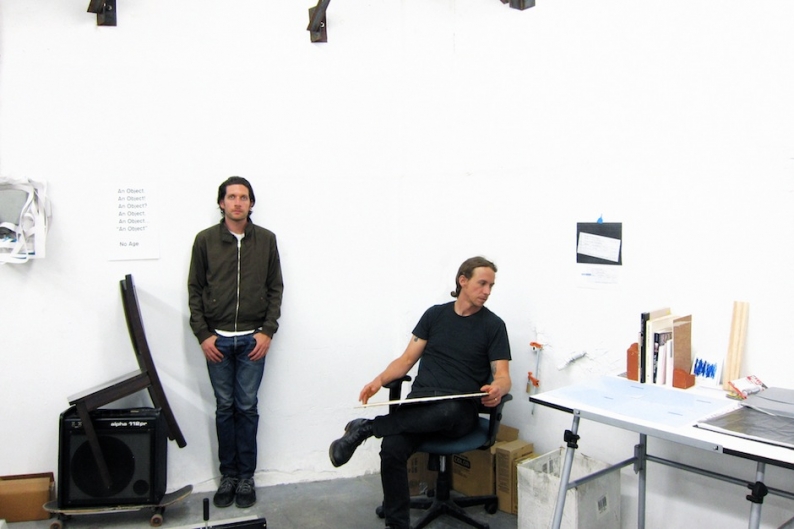 No Age wanna know: “Who do you think you are?!” That question is the first lyric from the Los Angeles duo’s August 20 Sub Pop album An Object, bellowed over hard-charging shimmer on just-unveiled “No Ground.” Singer-drummer Dean Spunt recently invoked 2007 singles compilation (and de facto debut LP) Weirdo Rippers in an interview with SPIN about the new record, and sure enough, “No Ground” recalls the mix of ethereal texture and ramshackle propulsion that led to No Age’s frequent, seemingly contradictory description as “ambient punk.” Still, for as much as the latest track maintains the group’s elliptical, enigmatic nature, there’s no mistaking the direct, unbowed ethos in the lyrics. “I don’t care what you say.” “I don’t work for you.” “Your cover’s blown.” A distorted ripple crosses the track, and there’s a sweetly oohing backing vocal, as Spunt hollers his crucial, closing question: “Does anybody really care?” You’ll have the rest of the album to find out, but between this and previous mutant-punk An Object offering “C’mon Stimmung,” odds are good the answer will be yes.

Listen to No Age’s “No Ground” over at NPR.