But will the Man from Another Place make a cameo? 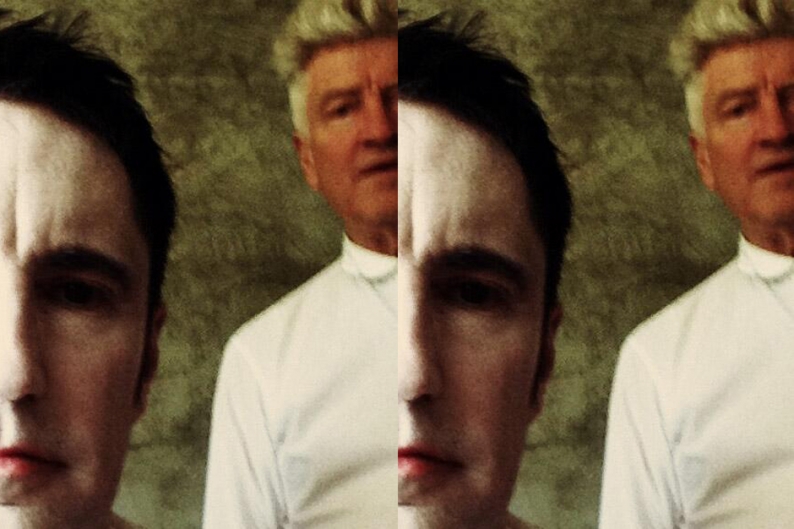 The video for Nine Inch Nails’ new single “Came Back Haunted” will be directed by David Lynch, Pitchfork reports. Earlier today, Trent Reznor shared a picture via Twitter of himself seemingly wearing makeup while the iconic Twin Peaks creator lurks in the background. Though a source for the news wasn’t named, the official Nine Inch Nails account has retweeted the story. The band’s new album Hesitation Marks will arrive September 3 via Columbia Records.

The two have a brief but significant history of collaboration. Reznor produced the soundtrack to Lynch’s 1997 film Lost Highway, which included the NIN leader’s first music composed explicitly for cinema (fast-forward to his Grammy-winning The Girl With the Dragon Tattoo score). Lynch is releasing his second artist album, The Big Dream, July 16 via Sacred Bones. SPIN spoke with man on the occasion of his last one, Crazy Clown Time.

Since Lynch is a big fan of coincidence, it’s worth noting that fishing flies appear on the cover of Hesitation Marks, and that Sheriff Harry S. Truman gifted Agent Dale Cooper with one such lure in Twin Peaks season two, episode 10. But who’s counting, right? Nevertheless, it bears reminding that the owls are not what they seem.