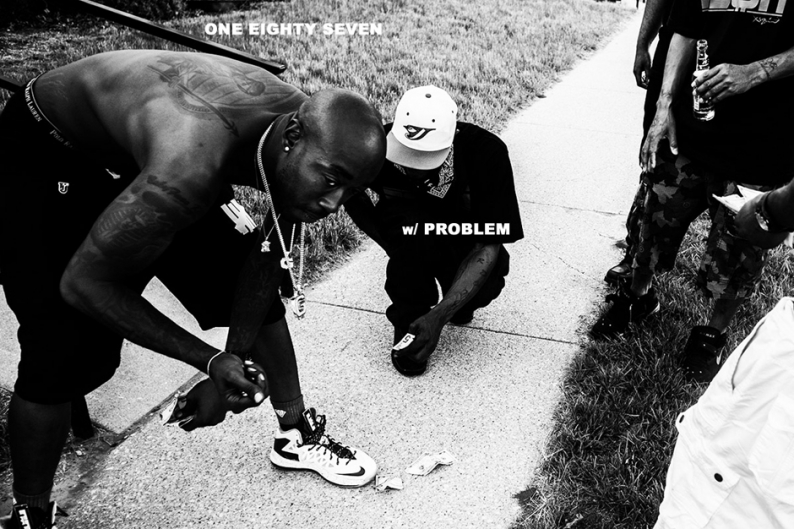 We’ve been watching Indiana-raised rapper Freddie Gibbs for a minute now. And through all of professional struggles and record label headaches — Interscope dropped him in 2007, and he left Young Jeezy’s CTE imprint last year — a strong anticipation has continued to build toward the man’s long-delayed debut studio album.

At long last, we’re looking at a stable release date for ESGN — which stands for “Evil Seeds Grow Naturally” — due July 9 via the artist’s own damn self, and now we finally have a single to consider as well. “One Eighty Seven” features Compton rapper Problem and, perhaps even more prominently, a looming sense of trouble. The track is so dark-sounding, in fact, that it just about makes all of the hard-boiled MC’s previous work feel sunny.

That said, the song’s content isn’t as bleak as it could be considering its title a synonym for murder. Here, Gibbs is mostly concerned here with dishing out the details on some deadly beauty. Still, whatever the lines laid over Sap’s minimal and eerie production are, it all feels rather foreboding, like something savage is on the way. For lighter fare, fans can look forward to Cocaine Piñata, a collaborative album with Madlib set for tentative release in October. At long last, this could be Gibbs’ year.