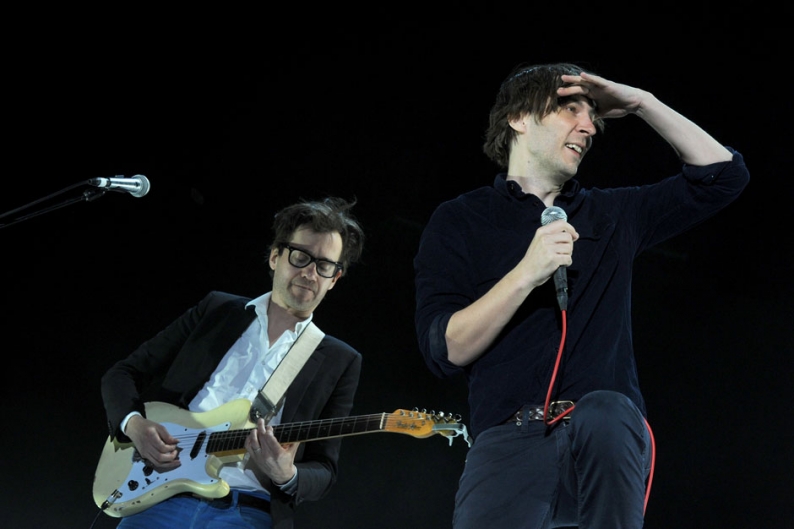 My Bloody Valentine, Phoenix, Queens of the Stone Age, Sigur Rós, and Hudson Mohawke have announced North American tours, ensuring that each act will be continent-hopping into the fall.

This August, My Bloody Valentine will play U.S. soil for the first time since 2009, headlining California’s FYF Festival and making stops in Texas, Colorado, and Washington in support of this year’s Essential m b v. Before those stateside gigs, the Irish shoegazers will trek across Europe and Asia in June and July. Kevin Shields and his bandmates also have a number of overseas shows lined up in September, October, and November.

SPIN cover stars Phoenix emigrate to our side of the Atlantic in August. The Bankrupt! stars have concerts booked throughout Europe in June and July. Afterward, the French foursome will visit the U.S. and Canada until October, when they’ll drop by Mexico before heading back to the EU.

Queens of the Stone Age are abroad in Europe until late July, but the …Like Clockwork kings return home in August, starting with an appearance at this year’s Lollapalooza, then keep on America’s highways till mid-October.

Sigur Rós’ seventh album, Kveikur, arrives on June 18 via XL Recordings. The next day, the Icelandic luminaries embark on an international tour of Europe and North America that wraps up in Norway in late November.

Finally, TNGHT’s Hudson Mohawke will DJ solo at venues in Europe and North America this summer. Those sets are in addition to TNGHT’s upcoming performances in Spain, Belgium, and the U.S.

Find full tour information for all of the aforementioned artists below.