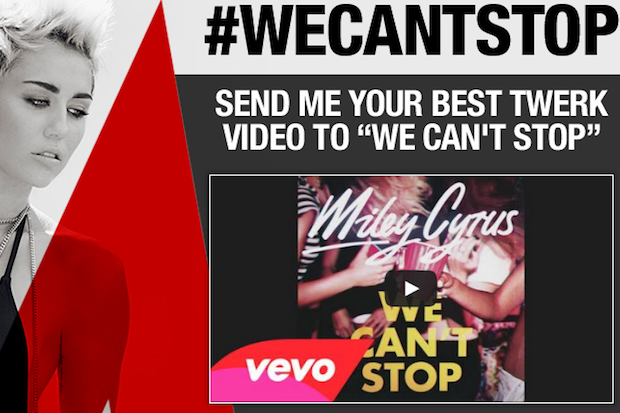 Miley Cyrus is an avowed twerker — earlier this year she put a video of herself twerking to J. Dash’s “Wop” on Facebook, and it immediately sent the five-year-old song rocketing up the Billboard chart. Her new single “We Can’t Stop” — produced by Atlanta maven Mike Will Made It — begins to nudge her own music into twerk territory, if only in subject matter, not sound. And now she wants you (yes, you!) to record a video of yourself twerking for the song’s upcoming music video, a compilation of Miley fans twerking, and submit it via her Facebook page. Never mind, of course, that “We Can’t Stop” isn’t exactly at a twerking tempo.

Cyrus’ new album doesn’t yet have a release date, but it does feature contributions from Pharrell and Future.

Jordan Sargent
Tags: mike will made it, Music News