All the action minus sunburn and Porta Potties 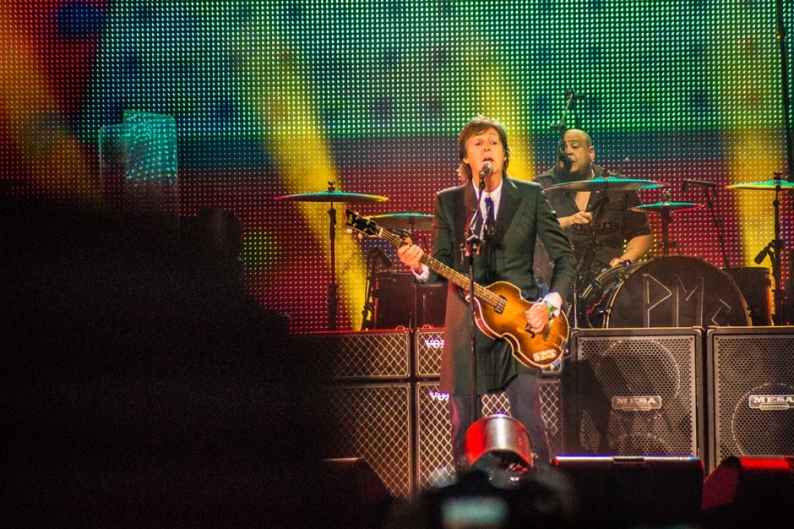 When Paul McCartney shuffled on to the stage at this year’s Bonnaroo Music & Arts Festival, 80,000 fans gawked from the trampled fields of Manchester, Tennessee. But only a scant percentage actually could see the septuagenarian Beatle. Still, as anyone knows who ever has committed a weekend of his or her life to a music festival, admission is no guarantee of hearing anything (except the sound of dudes in bandanas screaming, “Whoooo!”). It was an entirely different situation for fans streaming the concert at home, though. They both could hear and see Sir Paul as he blew through a 36-song set. And their price of admission? Nothing.

Like over-priced drinking water and throwback NBA jerseys, live streams are becoming a summer music staple. Festivals ranging from Rock the Bells to the Newport Folk Festival can be enjoyed through a computer screen. Some festivals stream every artist, some only a few. Some leave the videos up so they can be watched on-demand, others only make them available as they happen. But currently, all of them are free.

The model makes sense for both advertisers and festival organizers who are eager to reach more than the sweating throngs who are in attendance. The hope is that present streamers will become future attendees. And even if they don’t, advertisers will remain willing to finance the live streams as long as they’re drawing millions of viewers, as Coachella’s did in 2011.

From a fan perspective live streams are a no-lose proposition that augment but don’t replace the live experience. Advantages that streaming has over attending include a controlled environment inside one’s home, quick access to a restroom, the availability of free water, clear artist visibility, and the ability to quickly switch between stages without weaving through passed out 19-year-olds. Of course, for those who can afford it, the live experience will always be preferable. While watching music might be easier at home (despite the sure-to-be heinous sound quality), festivals aren’t just about what’s happening on stage. They’re about a unique, communal experience that allows a brief escape from the drudgery of workaday life. They’re about experiencing the elements, even if they’re treacherous. And they’re about being able to look away from the stage if there’s someone a few feet away dancing like this. So until live streams adopt fan cams, the live experience will continue to reign.