King Khan & the Shrines Get Psyched-Out on ‘Born to Die’

We learned last month that psych-and-soul outfit King Khan & the Shrines signed to Merge for a new album. Now we know the name of the thing — Idle No More — plus the release date: September 3. What’s more, we’ve got an ominous first taste of the forthcoming set via the bone-rattling single, “Born to Die.” Via statement, Khan explains that the heavily trippy track, is “an apocalyptic ode to the heinous war machine that to this day ruins our lives.” It’s also a head-spinning LSD bath brimming with wah-wah noodle and tasty grooves.

Idle No More will be the group’s eighth album and their first since 2008’s rowdy The Supreme Genius of King Khan and the Shrines. Khan himself is known to hop between projects, with his last few full-band efforts involving either BBQ Show or the Tandoori Knights. In a press release he said the new Shrines album is named after an indigenous-rights movement he is connected to via growing up in Montreal and spending time on the Kahnawake Mohawk Indian reservation. Another more obvious meaning: these dudes are on the move. Dates below.

The cover of Idle No More: 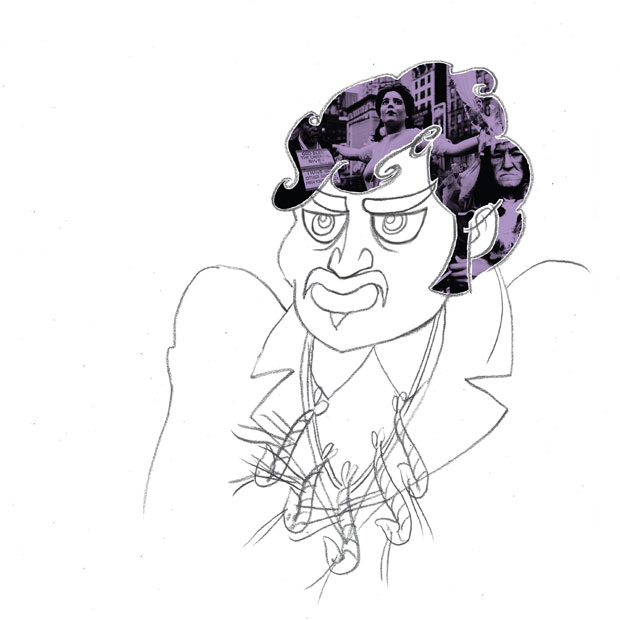