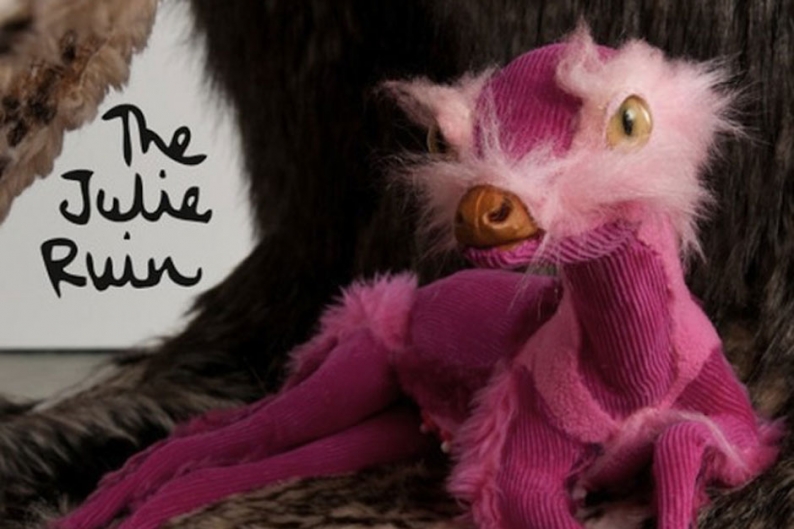 Back in 1997, riot grrrl icon Kathleen Hanna released a solo album under the alias Julie Ruin. Later, the ex-Bikini Kill and Le Tigre frontwoman announced that she’d be reviving the project as a full band, and now that debut album has a release date. Run Fast will arrive on September 3 via the band’s own TJR Records and will be distributed by Dischord.

As SPIN previously reported, the upcoming record will feature the already heard “Girls Like Us,” albeit a version with Hanna on lead vocals instead of queercore legend Vaginal Davis. The latest to surface from Run Fast (via Pitchfork) is opening track “Oh Come On,” a ragged call-and-response tantrum that can be heard below. Another song slated for the LP, “Just My Kind,” was reportedly mixed by James Murphy.

The Julie Ruin’s lineup is rounded out by Bikini Kill bassist Kathi Wilcox, Kiki and Herb member Kenny Mellman on keyboards, drummer Carmine Covelli, and guitarist Sara Landeau. Run Fast will be the first full-length from Hanna since Le Tigre’s final release, 2004’s This Island. In an upcoming documentary titled The Punk Singer, Hanna explains that her hiatus from music stemmed from a battle with Lyme disease. Back in March, Consequence of Sound reported that her condition has since improved and that the 44-year-old singer is now in remission.

Hanna and Wilcox have also just unveiled another project: a Bikini Kill-inspired fashion line for Manhattan-based boutqiue VFiles. The series includes replications of the “Kill Me” T-shirt/dress that Hanna made famous in the ’90s, as well as other designs from the two Bikini Kill alumnas. These pieces coincide with the recent release of the Feminist Press’ The Riot Grrrl Collection, a book that features reproductions of Riot Grrrl-era zines, artwork, posters, and more.