Who Charted? ‘Yeezus’ Walks, Mac Is Back, and Thicke Has Something Big to Show Us 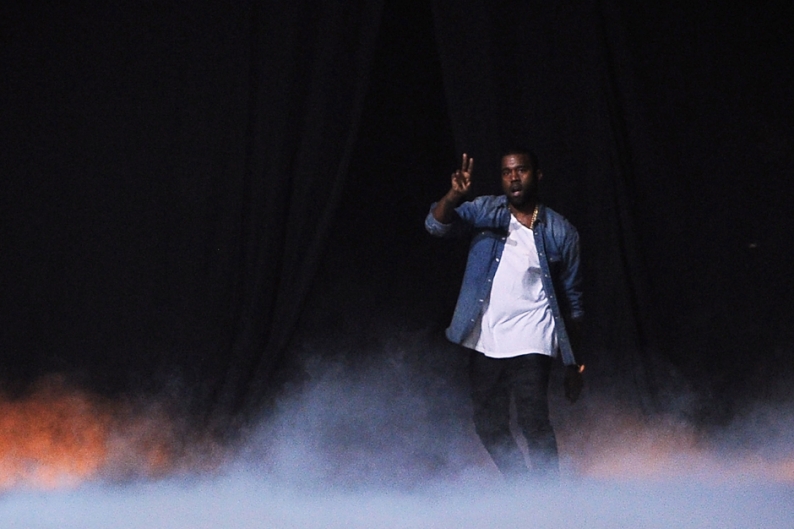 First! Yeezus walks! No surprises here, but it’s good news nonetheless. Kanye West’s sixth album (the one without the cover art) has debuted at No. 1, selling 327,000 copies according to Nielsen SoundScan. While that is the third highest starting figure of the year — following Justin Timberlake’s The 20/20 Experience (968K) and Daft Punk’s Random Access Memories (339K) — it falls very short of the initially projected half-million sweep, and comes in under My Beautiful Dark Twisted Fantasy (496K). Too many cooks in the kitchen? Too much ego on the pulpit? Hard to say, but we predict this one will be as stubborn as its maker — which is to say it’s moving its things (oh so much baggage) into this humble little column to stay awhile.

2 to 10: As predicted, we’ve got a hip-hop hat-trick in the top three. Behind West is J. Cole with the mild-mannered Born Sinner (297K), which did far better than expected. In fact, the last time a No. 2 sold more was when Nicki Minaj dropped Pink Friday a slot beneath West’s Fantasy. Lastly, No. 3 goes to Mac Miller’s Watching Movies With the Sound Off (102K) which gets unlikely assists from Jay Electronica and Flying Lotus. The final debut in this week’s batch comes from former-ish Destiny’s Child star Kelly Rowland for Talk a Good Game (68K) — brave, triumphant, visionary R&B that deserves all of the good things. After that, it’s old stuff: Black Sabbath at No. 5 (13, 46K); Daft Punk at No. 6 (Random Access Memories, 40K); Hunter Hayes at No. 7 (Hunter Hayes, 40K); Florida Georgia Line at No. 8 (Here’s to the Good Times, 33K); Timberlake at No. 9 (The 20/20 Experience, 32K); Imagine Dragons at No. 10 (Night Visions, 26K). All in all, a pretty solid week.

G.O.O.D. Company: Yeezy and his pals J. Cole and Mac Miller have accomplished a rare feat in Billboard 200 history. The last time three rap albums debuted simultaneously at more than 100K each, it looked like this: Jay-Z’s Kingdom Come in at No. 1 (680K), Snoop Dogg’s Tha Blue Carpet Treatment in at No. 2 (264K), and 2Pac’s posthumous Pac’s Life at No. 3 (159K).

Thicke Has a Big One: Sales figure, that is. (Please.) Robin Thicke’s mildly controversial team-up with Pharrell and T.I. has nabbed the biggest digital single-week sales for a song all year. “Blurred Lines” moved 424K separate sets of ones and zeros, possibly due in part to the three sets of twos that move around so freely in the “unrated” version of the video (we’ll pause a moment to let you work out the “math” on that one). No. 1 on the Hot 100, too.