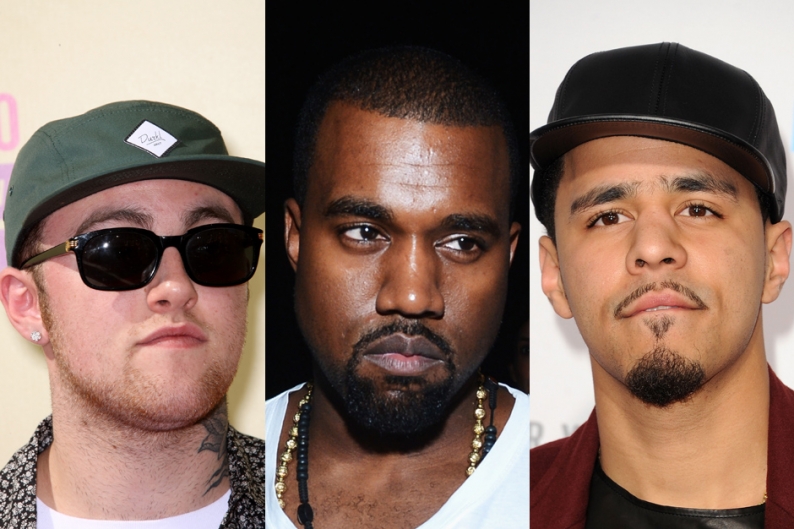 It’s no surprise that Kanye West’s Yeezus is slated to be the No. 1 album in the U.S. this week, but industry insiders are predicting a hip-hop hat trick with new LPs from J. Cole and Mac Miller respectively set for the No. 2 and No. 3 spots on the Billboard 200 chart. In their own preemptive top 50 list, Hits Double Daily have Yeezus moving 328,000 units, with Born Sinner selling 298,000, and Watching Movies With the Sound Off doing about 102,000.

Naturally, we’ll expect living hairpiece Donald Trump to take responsibility for Miller’s impressive success (though really it probably has more to do with the safe MC’s decision to get all super-scientifical with folks like Jay Electronica and Flying Lotus). Thanks to Jordan Sargent’s breakdown of Yeezus’ 67 contributors (aside from Kanye himself), we know who to thank for that one. As for J. Cole, well, send your apologies to Nas.