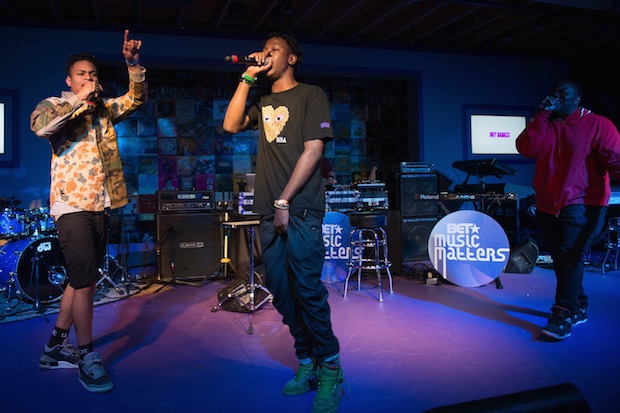 Skeptics of ’90s rap revivalist Joey Bada$$ expect some sort of growth on his upcoming Summer Knights EP, which will also feature his Pro Era crew. “Amethyst Rockstar,” the newest leak from the tape, is produced by DOOM and features Joey rapping in an uptempo flow. Granted, he almost stumbles over himself a few times, but a minor stylistic switch-up is a switch-up nonetheless, especially coming from a kid whose two most recent songs are called “Word Is Bond” and “95 Til Infinity.”

Joey will head overseas for a few festivals before hitting the road with A$AP Rocky and Wiz Khalifa for their “Under the Influence of Music” tour. He’ll wrap up the summer with Rock the Bells.