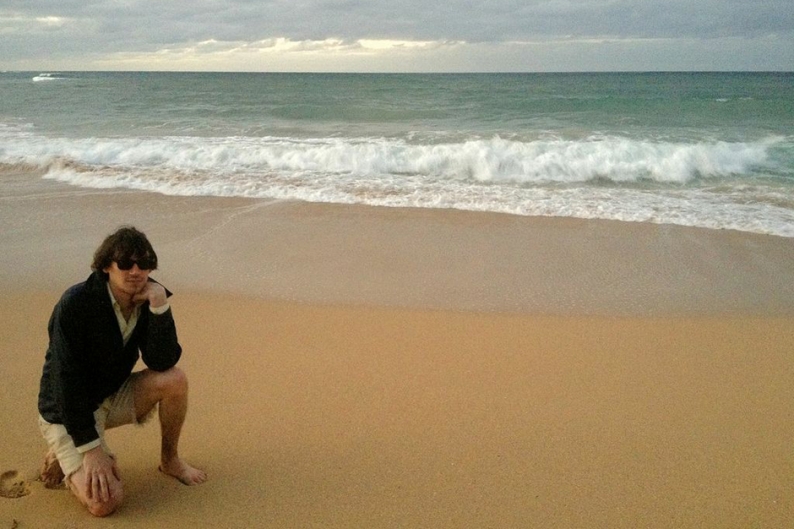 Vancouver’s Jay Arner has played in enough bands over the years to know how to sound like one when the job calls for it. After toiling in anonymity as a sideman and producer (working on records by Mount Eerie, Rose Melberg, and more), he’s stepping out with his fittingly titled first solo album& Jay Arner, which finds the man making every sound you’ll hear therein.

Due on Mint Records this summer, the 10-song set is made of analog synths, shimmering guitars, propulsive drums, and playful bass lines. But at the center of it all is Arner’s voice — a sonic smile capable of soothing highs and lovely lows. Below you’ll find “Surf Don’t Sink,” the very embodiment of a day at the beach, perhaps helped along by the ingesting of a mild psychoactive substance or two. The music itself shifts between garage-rock and synth-pop with surprising ease. This guy’s no hodad.