Seven years after his debut album 'The Idiots Are Winning,' the Border Community co-founder returns with a brain-melting work of staggering genius 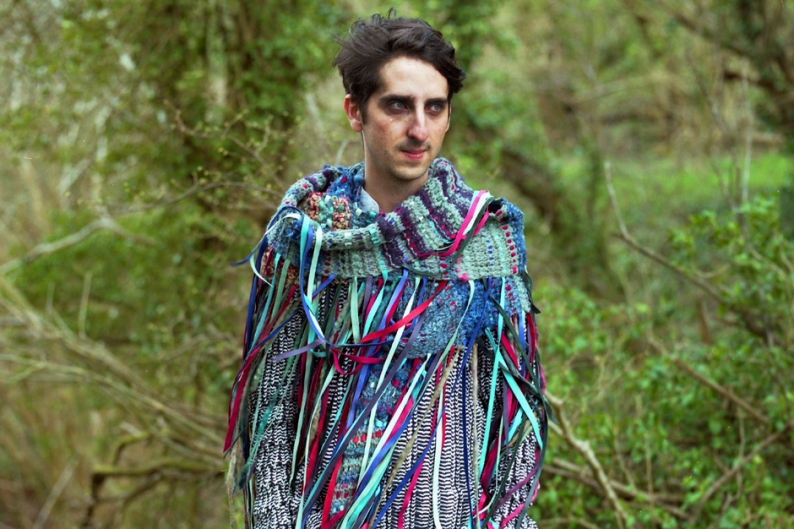 For more than a decade, James Holden has exerted a kind of dark energy on dance music, an influence that is all the more interesting for the fact that the British producer has spent much of that time in the shadows. Seven years have come and gone since his debut album, The Idiots Are Winning, a slim (just 41 minutes long), cryptic treatise on experimental techno that has aged better than almost any of its contemporaries. It was ahead of its time then, and it sounds simply timeless now. But Holden, for whatever reason, mostly clammed up after that. He released no new music until 2010 — the glancing, triplet-laced single “Triangle Folds,” which accompanied his gleefully left-field DJ-Kicks mix — and he released nothing after that until this spring’s “Gone Feral” and “Renata,” teasers for his new album, The Inheritors. Out this week, The Inheritors is the return we have been waiting for. More ambitious, more baffling, and ultimately more rewarding than any of the other hot-ticket electronic albums this year — Boards of Canada’s Tomorrow’s Harvest, the Knife’s Full of Fire — the album itself feels forged out of dark energy.

In 2000, Holden had emerged, just 21 years old, as one of the brightest new talents in the world of trance and progressive house, and his Border Community label, co-founded with Gemma Sheppard in 2003, briefly distinguished itself as dance music’s most credible-yet-populist imprint. Early singles like Holden’s “A Break in the Clouds,” the MFA’s “The Difference It Makes,” and Nathan Fake’s “The Sky Was Pink” managed to unite progressive house heads, IDM nerds, and the nascent minimal scene under a single, and singularly expansive, umbrella. Gradually, though, the Border Community crew veered further and further towards techno’s outer limits — in part, out of frustration with the spate of imitators they had spawned. (“During that whole minimal era, people were doing these horrific copies, and you’d begin to hear pieces of yourself in something that you really detest,” Holden recently told The Quietus.) In recent years, their releases have maintained only the most tenuous links to club-culture conventions, breaking down techno rhythms into hard-angled abstractions and getting swept up in the whims of machines that spat and gurgled as if they had minds of their own. If Richard D. James surfed on sine waves, Border Community surf on power surges, cutting elegant lines through a rip curl of controlled chaos.

While Holden has remained quiet, his influence has spread. The tracklisting of his DJ-Kicks mix — which included Mordant Music, Caribou, Luke Abbott, Kieran Hebden and Steve Reid, Black Dice’s Eric Copeland, Lucky Dragons, Arp, and Ursula Bogner alongside “proper” techno producers like James Ruskin and Legowelt — now looks like a roadmap for much of the margin-walking electronic music of the past several years. And sounds and ideas championed in Holden’s releases have been taken up by many musicians, among them Caribou’s Dan Snaith (particularly under his Daphni alias), Four Tet, and Jon Hopkins, whose celebrated album Immunity quite simply couldn’t have existed without Holden’s example.

The Inheritors doesn’t exactly break from the tradition that Holden established. Elements — its erratic squeal, tumbledown percussion, and uneasy balance between the electronic and the “organic” — exist in conversation with Four Tet and Caribou’s murky, electro-acoustic fusion. The drifting sense of structure, a result of having ceded no small amount of compositional control to capricious and mercurial modular synthesizers, shares tendencies with the Krautrocky sprawl of acts like Emeralds and Mountains. But Holden proves himself once again so far ahead of his peers as to be off in another galaxy entirely.

No one else is making music that sounds even remotely like The Inheritors’ swirling stew of chants and lumpy drums and droning synthesizers, even when they play with the same sounds. If his previous album was an attempt to twist techno’s ice-cube tray to the breaking point, the new one fills it with goo and shoves it in the microwave. And while tracks like “Some Respite,” with its crinkly, oblong rhythms, don’t sound entirely unlike The Idiots Are Winning, on much of the album he’s tapping into a language that’s new even to him, of fractalized astral jazz and prismatic kosmische melodies, of Sun Ra jamming with Fennesz in a burning church, of forest ravers gone feral, subsisting on MDMA and pine cones and mountain streams.

So I was gratified to hear Holden put it in similar terms in his interview with The Quietus, as he discussed the influence of years spent vacationing in the Scottish mountains, roaming hill and dale with headphones on. “Certainly when I was younger, records just sounded better up there,” he said. “So it was always in my head that this was what my album should be, when I do a ‘proper’ album — it would evoke a certain spirit of the British outdoors. I like the idea of people enjoying it outdoors.”

I’ve been listening to it indoors — well, inside, anyway, in my studio, with the doors to my streetside balcony thrown open wide — and it has gotten me thinking about John Cage’s 4’33”. Cage’s famously “silent” composition wasn’t really about silence, per se. It was about chance occurrences and incidental sound; it was about listening to the noises you’re not supposed to hear. And James Holden’s The Inheritors isn’t about silence by any stretch of the imagination; dissonant and unpredictable, it’s stuffed with commotion, thrashing like a bag full of ferrets, as intractable as sideways rain. But there are pockets of quiet tucked inside all the rumble and clang, like air bubbles carved out of craggy chunks of lava. Some tracks, like “Inter-City 125,” offer little but negative space filled the suggestion of sound, just ultra-deep, trombone-like tones lazily pushing air. A conscientious objector in the Loudness Wars, The Inheritors positively revels in its dynamic range. Over the past few months, with 4’33” in mind, I have come to think of it less as a collection of loosely ordered noises than as a net for catching sound — a kind of ambient music in the literal sense, one that plays off and amplifies its own surroundings.

While I’ve been locked into the record’s dial-tone fugues and potato-sack shuffle dances, the album’s porous fabric has reeled in a whole world of incidental sound from the world outside. Against “Rannoch Dawn,” curlicues of birdsong flicker like metal shavings in the salmon-colored sky. Two blocks away, whoosh after whoosh of traffic on the avenue fuses with the rushing white noise of “The Illuminations”; car horns answer the pealing oscillators of “Gone Feral” like animals calling out to their kin. Babbling kids turn “Blackpool Late Eighties” into an instant Boards of Canada remix. Once, listening to “||: A Circle Inside a Circle Inside :||,” someone pushed a wobbly shopping cart down the sidewalk beneath my balcony, and its lopsided thunketa-thunketa meshed perfectly with the song’s thrumming, elliptical toms in a kind of four-dimensional polyrhythm.

That particular collision got me thinking about the ambulant knife sharpener that services my neighborhood. He comes around every few days, sometimes in the morning, sometimes in the afternoon, rolling a cart that contains his tools, and he plays a little four-note melody on a tiny flute to announce his presence on the block. (At least, I think it’s tiny. I’ve never even seen it. But it sounds tiny. It also sounds, improbably, like the opening notes of New Order’s “Procession.”) It sounds fucking medieval; you can guess that the basics of his trade have not altered in hundreds of years. Barcelona is a modern city, and I live in its semi-bougie uptown, but every time he comes by, you can hear the echo of a much more ancient city. I hoped that he would pass by while The Inheritors was playing, if only because he sounds so much like the kind of thing that might have inspired Holden’s own wooly future-primitivism. And, I shit you not, he did, right in the middle of the chugging, shimmering “Blackpool Late Eighties” — a song that itself sounds a little like New Order on about a gallon of cough syrup. For a brief moment, worlds collided. Between that snatch of cultural memory and a mechanical squawking-in-tongues, a constellation assembled itself, briefly, and dissipated into the protean pings of “Self-Playing Schmaltz.” Holden couldn’t have planned it better himself. And yet, you also suspect, he kind of did.

Review: James Holden’s The Animal Spirits Is an Ecstatic Fusion of the Electronic and Acoustic