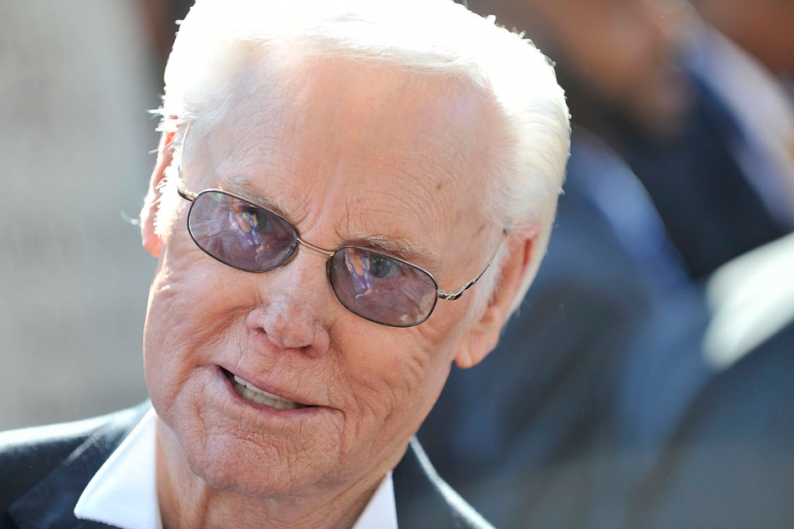 George Jones will soon get the movie star treatment. According to the Hollywood Reporter, a biopic based on the life of the late country legend is currently in the works. Production company 28 Entertainment announced on Tuesday (June 18) that it has acquired the rights to Jones’ life story.

The upcoming film will be written by Dennis L. Baxter, who will also produce alongside 28 Entertainment’s father-and-son team of Jay Hoffman and Brian A. Hoffman. Jones’ widow, Nancy, will serve as consultant and executive producer. Baxter reportedly worked closely with Nancy and George on the project before the iconic singer-songwriter died on April 26 in Nashville at the age of 81.

“Over the years we have been approached to make George’s life into a feature film, but it was not until Dennis Baxter became involved that we were confident the story could be told accurately,” Nancy said in a statement. “George and I started working with Dennis six years ago in crafting the life-long story. Knowing George had input in this film and that it will be told the way he wanted it told, I feel we are in good hands to collaborate with 28 Entertainment as we move forward with production.”

The biopic will follow Jones’ career, struggles with drug and alcohol addiction, and his relationship with Nancy, his wife of 30 years. As of now, a director, cast, and production timeline have not yet been announced (via the Boot).