Earl Sweatshirt Cancels Shows as He Recovers From Pneumonia 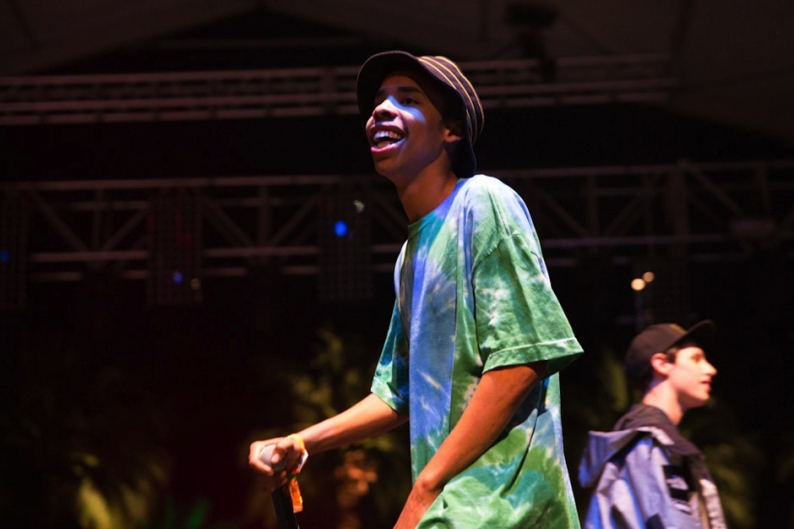 Earl Sweatshirt hasn’t licked a nasty case of pneumonia that sidelined him earlier this year, and he’s going to be missing another batch of scheduled tour dates.

The Odd Future rapper announced the cancellations yesterday (June 26) on Twitter. A day earlier, he wrote, “IM STILL SICK AND THIS SUCKS ASS THAT I CANT MAKE IT TO THESE JULY SHOWS I AM REALLY FUCKING SORRY TO EVERYONE WHO WAS LOOKING FORWARD TO IT.” Sweatshirt previously canceled his planned set at Bonnaroo earlier this month, saying he was suffering from pneumonia.

According to various reports, the latest cancellations affect only Sweatshirt’s European dates, and Odd Future will still perform without him. The gigs in question start tonight in Copenhagen and run through a July 14 set by Tyler, the Creator at Scotland’s T in the Park festival. Although a rep said yesterday in a statement that Sweatshirt had canceled “all foreseeable dates,” now Billboard reports that Sweatshirt’s camp says his mostly U.S. dates beginning late next month are still planned to take place.

Sweatshirt has said he plans to release new album Doris this summer. Details are scarce about the follow-up to 2010 debut album Earl, but he has unveiled various songs that might be included, including the singles “Chum” and “WHOA,” plus Mac Miller team-up “Guild.” He has performed the songs “Burgundy” and “Hive” live.

In Sweatshirt’s tweet saying he was going to have to cancel shows, he also wrote, “GOOD NEWS: THIS IS DORIS,” and attached this picture.