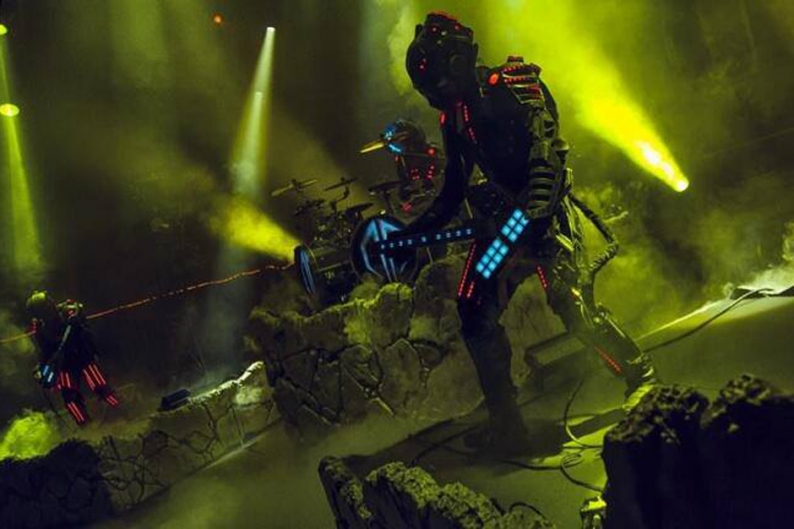 Move over, Daft Punk: Now there’s something even cyberer. Meet Destroid, the dubstep supergroup featuring Excision, Downlink, and former Pendulum drummer KJ Sawka. They played their debut gig at San Francisco’s Warfield Theater on Monday, and from the video of the event, these three are clearly intent upon taking live EDM to the next level. Or unlocking the next level, at least — because with Destroid, it’s hard to tell where the line between IRL and X-Box lies. (You can stream their new album, Destroid – The Invasion, right here on SPIN.)

Their costumes look like Daft Punk’s robot suits as re-imagined by Eurovision champs Lordi. Excision and Downlink might be playing modded Rock Band game controllers. And some of the stage props seem to be left over from Spinal Tap’s Stonehenge tour.

When SPIN ventured last year that the peak for dubstep had been reached, we clearly hadn’t accounted for the mind-boggling emergence of Destroid. The sheer chutzpah it takes to get up there in those elaborate getups surely is enough to make them one of the must-see performances at this weekend’s Orion Music festival in Detroit. But let’s not to forget to give respect where respect is due: these guys did it first.