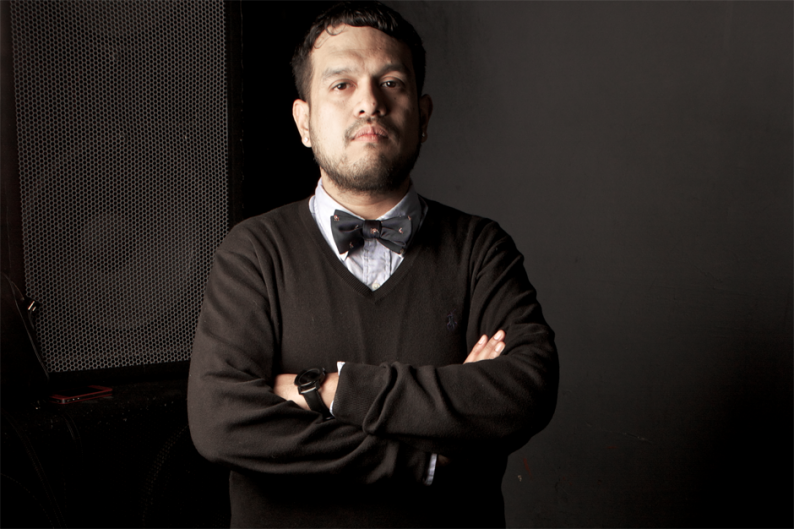 Los Angeles producer DJ Nobody has cultivated a diverse and musically rich résumé over the years. With beatwork dating back to 1998, the man born Elvin Estela has collaborated with Freestyle Fellowship, Prefuse 73, Beans, and Mia Doi Todd. He’s got a full-fledged psych-folk band called Blank Blue. And he is currently one of the esteemed residents of Low End Theory, the bass-quaking club that launched the careers of Flying Lotus and the Gaslamp Killer.

Oh, and he toured a bunch with the Mars Volta back in 2005, which happens to be the same year that he released his last official album, And Everything Else… It makes since then, that with that polarizing prog outfit on the outs and the next DJ Nobody album coming in, we’d hear Cedric Bixler-Zavala singing over an Estela production. Vivid Green will be released July 30 on Alpha Pup Records and will feature “Our Last Dance,” which is streaming below.

If the song seems unusually bright to you, you’re not alone. “I gave Cedric a few tracks to choose from,” Estela says. “This surprised me because it was very major key and summery [but] when he showed me [his ideas] I knew it was perfect, and he did perfect takes of everything. The next day when I mixed the song I was amazed — it reminded me of the music he and I bonded over via my old ’60s mixes when I first toured with Volta. It complements the direction he’s taken on his new solo album as well, which is classic harmony pop at its finest.”