Disclosure Don’t Normally Fake-DJ, But When They Do They Explain Themselves

House bros. left that plug out so you'd know they're legit 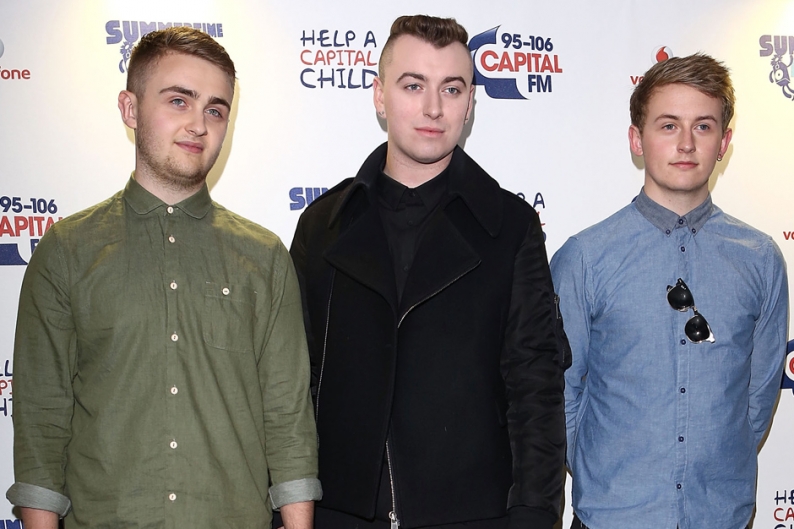 Our favorite Breaking Out stars Disclosure have nabbed the No. 1 spot on Britain’s album charts with their Essential debut LP Settle, so it’s only natural that “The U.K.’s No. 1 Hit Music Station” Capital FM would want to get in on the action. Their annual Summertime Ball on Sunday (June 9) featured appearances from an impressive range of performers — PSY, Taylor Swift, AlunaGeorge, Jessie J — but not all of them may have actually performed.

Electronic music blog I Love Bass Music shared a photo from the event on Facebook showing the Lawrence brothers poised behind a mixing station that isn’t actually plugged into anything. Underneath the table is the power supply, in fact, conspicuously lacking any sort of outlet. The caption beneath the photo: “Did Disclosure just pull a David Guetta?” The French house producer’s brush with fakery helped inspire Deadmau5’s infamous “We All Press Play” essay.

But Guy and Howard Lawrence had some words of their own to add to the discussion, and explained the story within the comment section of the offending Facebook post. Apparently Capital FM allowed the vocalists to sing, but required the backing tracks to be pre-recorded in order to sync with their visual display. Disclosure “pleaded with them for weeks and weeks” to allow them to do their usual stunner of a live set (which involves instruments) to no avail.

Guy goes on to add, “Notice also that we didnt try and make it look like we were mixing. We left the fucking plug on the floor on purpose, didnt even plug phono leads into the master out, turned all the EQs fully down and the master out AND DIDNT EVEN TAKE HEADPHONES for god sake!!” Check out the picture below and Disclosure’s full response after that. I Love Bass Music went on to explain that they meant no harm in posting the image. Hugs all around. 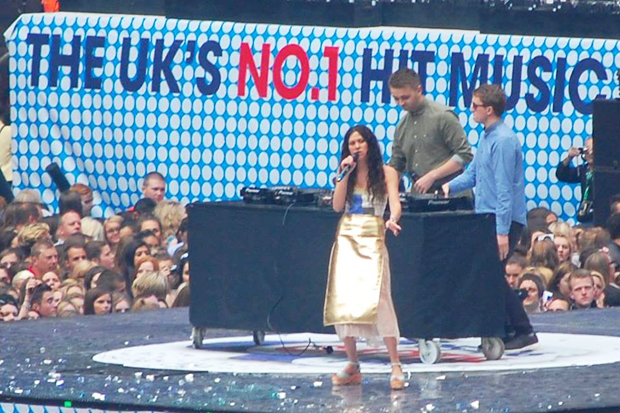 Hello I Love Bass Music and everyone who is talking about this photo… so. here is how and why this happened. Capital FM made us do this show with a backing track playing but allowed the vocalists to sing. They said that they had to trigger the tracks themselves to sync visuals. We pleaded with them for weeks and weeks to let us play fully live or at least let us mix but they just weren’t having it. You will also notice this was the same for a lot of the dance acts playing that day (i.e. the duke dumont pic you posted)

Notice also that we didnt try and make it look like we were mixing. We left the fucking plug on the floor on purpose, didnt even plug phono leads into the master out, turned all the EQs fully down and the master out AND DIDNT EVEN TAKE HEADPHONES for god sake!! LOL if at any point we touched the mixer it was…well, you try standing infront of 80,000 people and not touching the mixer… go on… its really hard hahaha!

I would also like to point out that people like David Guetta ect who have also been accused of pretending to mix, actually try and cover it up and pretend to blend tracks into one another and hide it… but with us, we played three songs with vocalists b2b with gaps in between, so even if we had been mixing, there would have been no beat matching involved anyway + we didnt try and hide it at all!!

But yeah it was a very strange experience and one we will not be going through again. Capital have been amazing to us and they play our songs roughly 400 times a week across their various networks and we wanted to thank them for all the support.