Who: When this Nashville six-piece ran across the bar top at Jackalope during South By Southwest 2013, they stunned the SPIN staff and earned the honor of our “Best Band With Most Repulsive Name.” Lead guitar shredder Jordan Smith says the nauseating moniker has its advantages – “When [people] hear the name, they’re never going to forget it” – but admits the scatalogical handle has caused a certain discomfort. “It took forever to get a booking agent,” Smith recalls. “We even contacted Fucked Up’s booking agent, because we were like, ‘It can’t get any worse than that band’s name.’ And he didn’t work with us.” The “us” he’s referring to includes drummer Casey Weissbuch, bassist Mike Boyle, and fellow guitarists Brent Toler, Evan Bird, and Emmett Miller.

Four’s A Crowd?: These maximalist goofballs have honed their live performances into free-flowing, venue-ravaging shitstorms (sorry), but their first show with four guitarists — a 2010 gig at notorious Nashville dive the Springwater Supper Club — was “awful,” says Smith. “No one was listening to each other play. We were all just busy doing power stances and climbing up onto things and pointing at people, and playing on our knees and taking solos.” Since then, the arena rock-enthusiasts have released their full-length debut, 2011’s Loose Jewels, and recorded its follow-up, the forthcoming I’m Rich Beyond Your Wildest Dreams, out later this year via Infinity Cat. “We tracked live,” Smith says of the latest LP. “It was just us playing in a room together, listening to each other. And that was so much better, so much easier, way more fun. It kept the energy going because you had to really feed off of each other.”

Know Your Bros:  And though they’ve made their fair share of messes on stage, the men of Diarrhea Planet are deadly serious when it comes to getting the most out of their music. “The dudes that I play with,” Smith says, “everybody’s hungrier than anyone I’ve ever played with. And it’s not a hunger for fame or anything like that. Everybody’s driven by their instrument, and they’re in love with their instrument, and I’ve never played with the caliber of musicians like I do in DP. We’re all constantly honing our chops and trying to get better, and trying to make our gear sound better.”

Through Being Cool: Diarrhea Planet pays homage to genres both subversive (punk) and crowd-pleasing (hair metal, power pop), because, well, isn’t pleasing the crowd the whole point? “Rock’n’roll is supposed to be awesome because it’s rowdy,” Smith says. “It’s dudes inspiring you to kick ass.” And If DP were worried about pleasing the indie-rock cognoscenti, they likely would have picked a more palatable name. “We wanted something that was completely childish, something that could never be cool,” Smith says. “Who cares about being cool? It’s about rocking as hard as possible and getting as many free guitars as possible. We just wanted to be totally silly and make everybody smile and laugh and have a good time.” 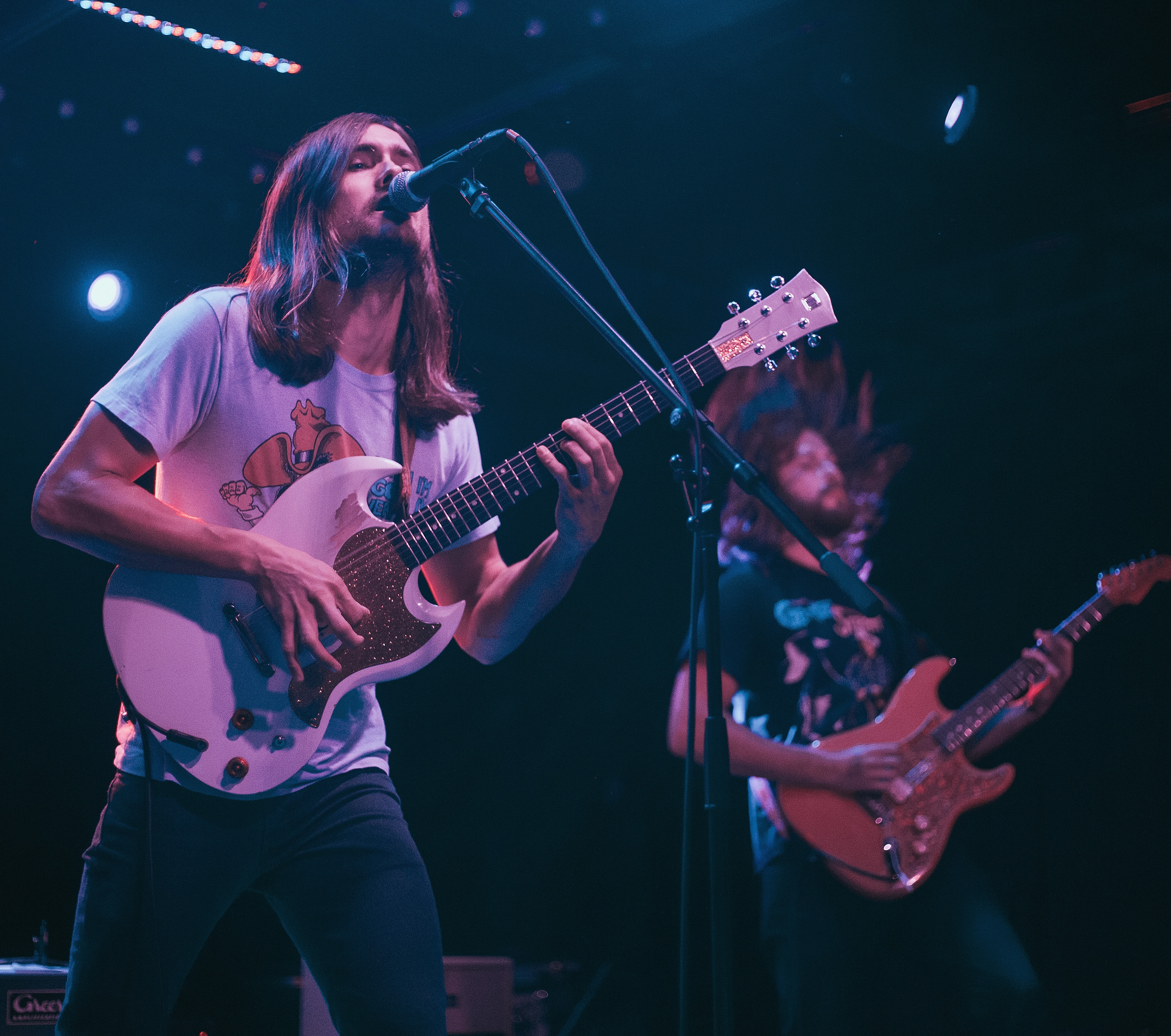 Diarrhea Planet, This Is Happening