Who Charted? Black Sabbath Possess No. 1, the Lonely Island #YOLO-Yodel Into Top 10

And, Yeezus vs. Biebzus: Behold, the coming battle! 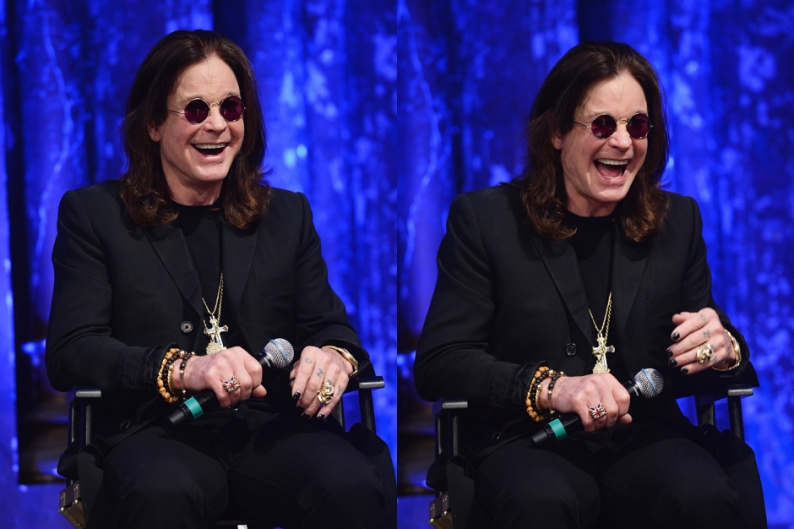 First! All hail the dark lord Ozzy and his grotesque generals Tony and Geezer — the original Black Sabbath hath risen after 35 years of absence from the charts and proven, definitively, that this demonic whole is greater than the sum of its possessed parts. Okay, so 13 isn’t a very good album despite the golden touch of Rick Rubin. But this is still a significant day for metalheads. The new LP’s arrival marks the band’s first trip to the top of the Billboard 200, moving a mighty 155,000 units according to Nielsen SoundScan. Sabbath’s highest ranking heretofore came with 1971’a Master of Reality, which peaked at No. 8. Furthermore, Osbourne has come close but never snagged himself a No. 1 as a solo artist. Would we rather see Queens of the Stone Age hold onto to last week’s No. 1? Of course. (Sadly …Like Clockwork has plummeted to No. 15.) But all those “Disco Sucks” nostalgists and machine-hating Luddites, well, at least Daft Punk was held at bay.

2 to 10: So, yeah, Random Access Memories is No. 2 still (48K). And due to Father’s Day sales slashing and iTunes promos, Justin Timberlake’s The 20/20 Experience climbs from six spots up to No. 3 (48K). Florida Georgia Line scored a new high for the same reason, with Here’s to the Good Times in at No. 5 (33K). Sandwiched right in between them — No. 4 — is Big Time Rush with a big time load you shouldn’t have to care about called 24/Seven (35K). Speaking of, ol’ Darius “Hootie” Rucker persists with True Believers (No. 6, 33K), while his country contemporary Blake Shelton nabs No. 7 (Based on a True Story, 31K) and his old ’90s pals Goo Goo Dolls shockingly score a No. 8 victory with a new album (?) called Magnetic (29K). Hans Zimmer’s Man of Steel soundtrack grabs No. 9 (29K) — significantly, the last vocal-less to score as high was his own for The Dark Knight Rises. We close out with the Lonely Island’s perfectly titled The Wack Album (28K). Sorry, bros.

Thicke wit It: Robin Thicke’s “Blurred Lines” continues to be the No. 1 song in the land, via Hot 100. Actually, that chart hasn’t published yet, but come on — the video is full of naked women, Pharrell did something to the track, which weirdly combines Pitbull’s club pop with ancient Wailers ska, and T.I. is still saying “swag.” Recipe for success.

Yeezus vs. Biebzus: Next week’s numbers will plant Kanye West’s Yeezus at the top of Fuck Mountain, but to what degree? The corresponding week in 2012 found Justin Bieber’s Believe on high with a 374K-strong debut. This looks to be a battle of Biblical proportions. Just look at those names — add “-us” to JB’s popular nickname and he’s clearly stumping for Satan.

Also, this, just because: