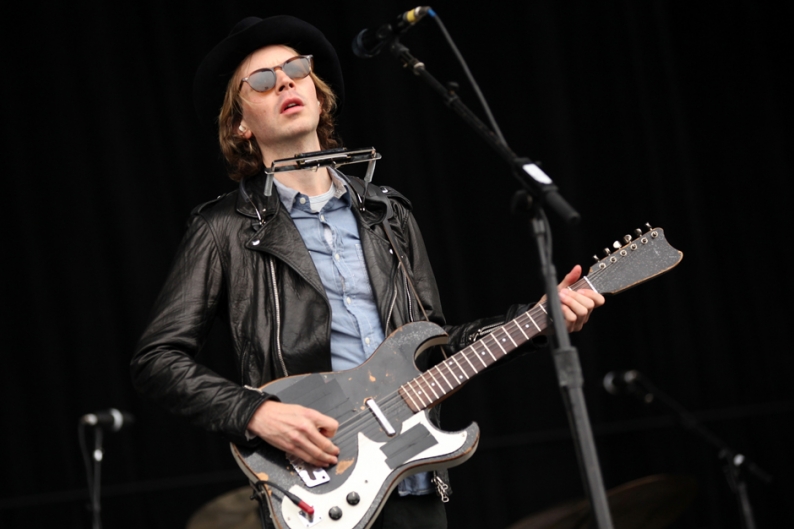 Beck is apparently at work on not one, but two new albums, both of which are slated to be released independently. Rolling Stone cites “a music industry source” close to the mercurial musician as confirming that he’s parting ways with the Universal Music family as he prepares the previously announced acoustic set and an official studio follow-up to 2008’s Danger Mouse-assisted Modern Guilt.

The news comes with a brand new Beck song, which won’t be part of either release. “Defriended,” streaming below, features disembodied sung vocals, rattling guitar strums, and a battery of surging effects — an electronically infused psych-pop ballad à la Animal Collective. Beck is evidently plotting at least one more standalone single release for the summer as he ramps up to a proper LP.

The Los Angeles musician has been plotting and playing a handful of gigs both supporting his Song Reader sheet music set (in a July 4 English concert set to feature Jarvis Cocker, Franz Ferdinand, and more) and the forthcoming releases, it now seems. At a recent show in Santa Cruz, California, he performed a few new ones that fans have dubbed “Don’t Let It Go,” “Unforgiven,” and “Morning.”

At that same show, Beck also played “One Foot in the Grave.” RS says the 1994 unplugged album of the same name will provide a kind of roadmap for the upcoming acoustic record.