Tickets are still available for the Los Angeles concert 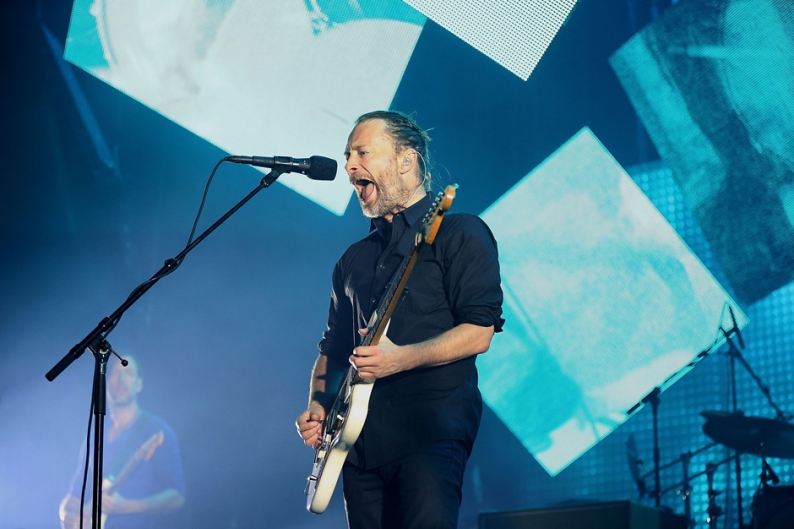 Atoms for Peace are playing a secret-ish show tonight in Los Angeles at a venue thus far known only as Club Amok. The location has not been disclosed and no tickets are being sold for the event. Those already holding passes won them either through a lottery via local radio stations KROQ, KCRW, and 98-7; by purchasing a raffle ticket through/benefiting Flea’s Silverlake Conservatory of Music; or by buying a physical copy of Amok at one of several participating independent record shops in the city.

A press release reveals that — no surprises — the group fronted by Thom Yorke will play songs from the aforementioned album, plus highlights plucked from the Radiohead singer’s 2006 solo album The Eraser. L.A. beat scene mainstay Gaslamp Killer will follow the band with a DJ set. As revealed via Atoms’ rehearsal snippets, the boys have been practicing at least one song from the ‘Head — “Paperbag Writer,” accompanied by profuse ponytail. Yorke also shared a new song, “Honey Pot,” recently.

Atoms officially launch their previously announced tour on July 7. For a list of L.A. stores giving away tickets to the show tonight, click on over to Club Amok online.