Bridges to ‘Burbia: Arcade Fire’s Win Butler to Rock With the Rolling Stones

Rock icons' Montreal concert will include an indie assist 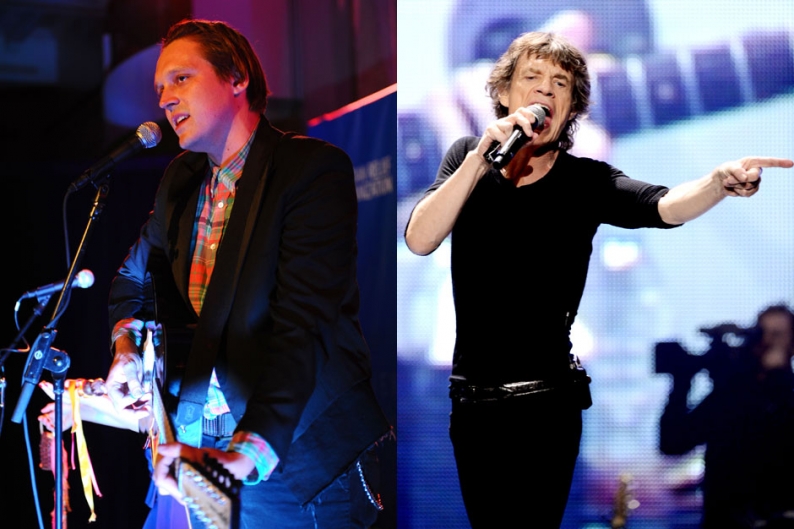 When the Rolling Stones play Montreal’s Bell Centre on June 9, they’ll have some help from a hometown hero. According to the band’s Twitter, Arcade Fire leader Win Butler will join the iconic rock’n’rollers onstage this Sunday. This won’t be the first time the Let It Bleed legends and the Funeral frontman team up — the Canuck indie brigade helped Mick Jagger close out Saturday Night Live’s 37th season last May.

The Stones are currently playing North American arenas as part of their “50 & Counting” victory lap tour. To show they’re still relevant after a half-century of strutting and finger-wagging, the band has packed their recent live shows chock full of cameos from younger acts — you know, the kinds the kids get jazzed about. Katy Perry, John Mayer, Taylor Swift, Dave Grohl, and Tom Waits (technically younger) have all been trotted out to assist thus far.

With Father’s Day (June 16) just a week away, the timing of Butler’s guest appearance feels serendipitous: What better treat for a dad than a night out with the Rolling Stones?