Andrew W.K. to Pound Skins for 24 Hours in Latest Stunt 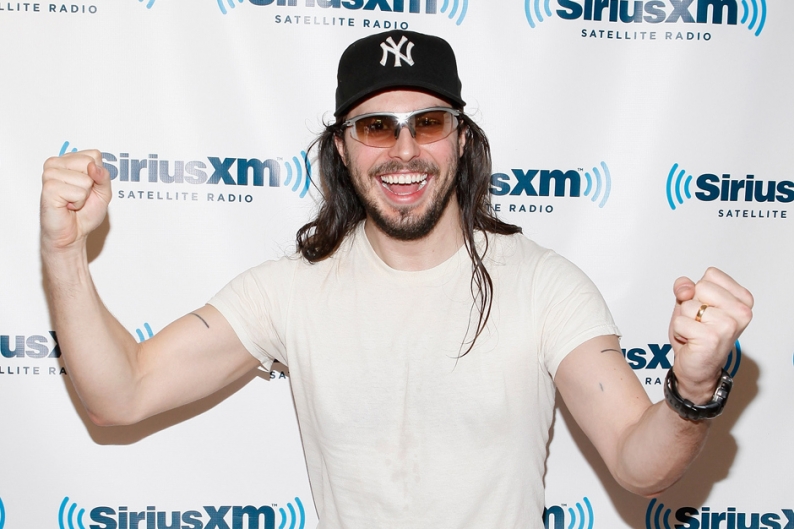 When he’s not busy electrocuting David Blaine, stumping for Platex intimate wipes, attending brony conventions, eating spicy wings with Action Bronson, or plotting a tour with Marky Ramone, party provocateur Andrew W.K. … well, he does a lot of other things, too, but one of those happens to be drumming. And on Wednesday, June 19 at 7 p.m. EST, he’ll set out to hit the skins for 24 hours straight in an attempt to set the record for the “longest drum session in a retail store.” No doubt, he’ll do it.

If that designation seems a bit overly specific, well, it is. Guinness puts the “longest marathon drumming by an individual” at 121 hours, but since W.K.’s attempt is meant to, ahem, drum up publicity for Viacom’s O Music Awards — which includes categories like “Digital Genius Award” and “Fan Army FTW” — we shouldn’t be surprised. Far more heartening is the knowledge that ?uestlove will be there to cheer Andrew on and drum alongside him in the beginning, and dozens of other guests are expected.

“Some of these people I would consider the greatest drummers in the world,” W.K. told the Hollywood Reporter. “People that I’ve admired for years and years.” The event will be live-streamed from the flagship Oakley shop in New York City’s Times Square via the O Music website. He explained that he wouldn’t be utilizing caffeine or any other sort of stimulant to help get him through the ordeal. In a statement, he noted that he plans to be pushed to his “party limits,” and for his life to be changed.

The last act to set a world record in honor of the O Music Awards was the Flaming Lips, who threw eight concerts in 24 hours. In 2011, Chiddy of Chiddy Bang scored “Longest Marathon Rapping” and “Longest Freestyle Rap” (nine hours).