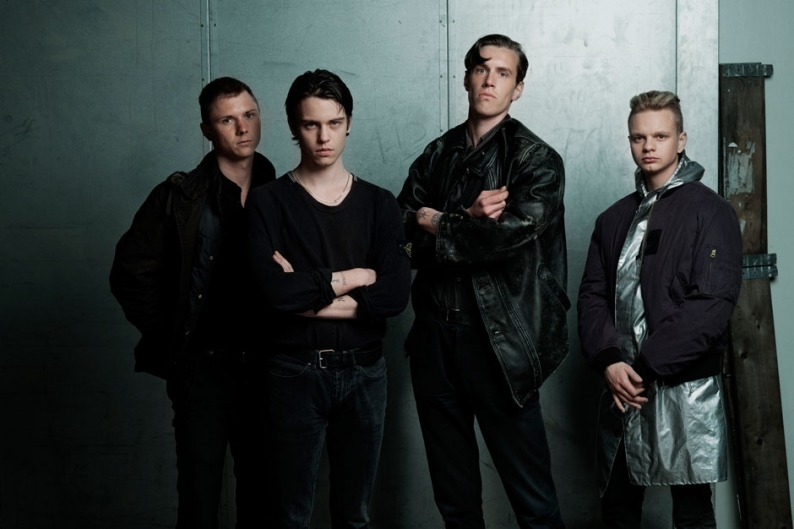 It’s tempting to view Vår as nothing more than a castoff side project. It almost seems as if Elias Bender Rønnenfelt and Loke Rahbek (of Iceage and Sexdrome, respectively) meant for it to be that way. Two brief cassettes and two 7″s of blown-out synth pop for Rahbek’s Posh Isolation label and Brooklyn’s Sacred Bones make up the entirety of the Copenhagen project’s recorded material to date, and all of it has been recorded straight to a four-track by Rønnenfelt and Rahbek in their Copenhagen practice spaces during lazy school days and, more recently, during breaks between their more well-known endeavors. But Vår’s focus is on insular, personal sounds. Rahbek and Rønnenfelt relied on their chemistry (or as Rahbek puts it, their “brotherly spirit”) to craft intimate and haunting takes on industrial techno.

Given the personal nature of the project, it might seem counterintuitive for the Danish duo to bring in a couple more friends for their debut proper, but Rahbek says that the band’s forthcoming full length, No One Dances Quite Like My Brothers, is reflective of the help that an extra pair of hands can bring to the table. “The people that we invited to take part in this project, Kristian [Emdal, of fellow Copenhagen punks Lower] and Lukas Højland, were definitely not strangers,” Rahbek explains, “I think along the way the biggest help is having eight ears instead of four, especially when it’s ears you agree with.”

And those ears helped Rahbek and Rønnenfelt to accomplish a goal they’d set the moment they founded Vår: build “utopias and fantasies” within the space of a warped pop song. “In utopias and fantasies you get to decide what’s going to happen,” says Rahbek, “The more people that are part of your utopia the stronger it is.” When prompted for specific examples that might parallel No One Dances Quite Like My Brothers, Rahbek points back to a childhood friend, Louis Toro, who has become a constant point of reference since he appeared in the video for one of the band’s early singles, “In Your Arms.” “He just lives his utopia,” says Rahbek of Toro. “He traveled around in Peru for a few years on a motorbike, stripping to earn money. He made everything around him to be as fantastic as he wanted it to be.”

Though Rahbek and Rønnenfelt’s thematic goals seem lofty, the chaotic and abrupt nature of the recording process still comes as a bit of a surprise. In addition to adding Emdal and Højland, they decided that this record would benefit from a professional setting. That meant decamping to the New York studio that Cult of Youth’s Sean Ragon runs out of the back of his record store, Heaven Street. The newly expanded quartet touched down in New York in June 2012 for two weeks of recording, but without a single piece of equipment or a single song written. Using borrowed gear, they turned to The Brothers Lionheart, a Swedish fairy tale by Astrid Lindgren, for inspiration and guidance as they wrote.

“It’s this story about these two brothers that die and then they come to this world called Nangijala and they have to fight evil,” Rahbek explains. But as much as Rahbek and Rønnenfelt related to the storyline, the duo was drawn in by its darker undertones in particular. “When it first came out it made quite a fuss,” Rahbek says of the The Brothers Lionheart. “People started writing in their suicide notes that they were going to this magical place called Nangijala, where the brothers go when they die.” The public response was so strong, he says, people were fixated on it as they themselves committed suicide. And thought the quartet took it upon themselves to straddle that line between the fantastical and the foreboding on No One Dances Quite Like My Brothers, it remains to be seen whether the audience response will be similarly macabre.