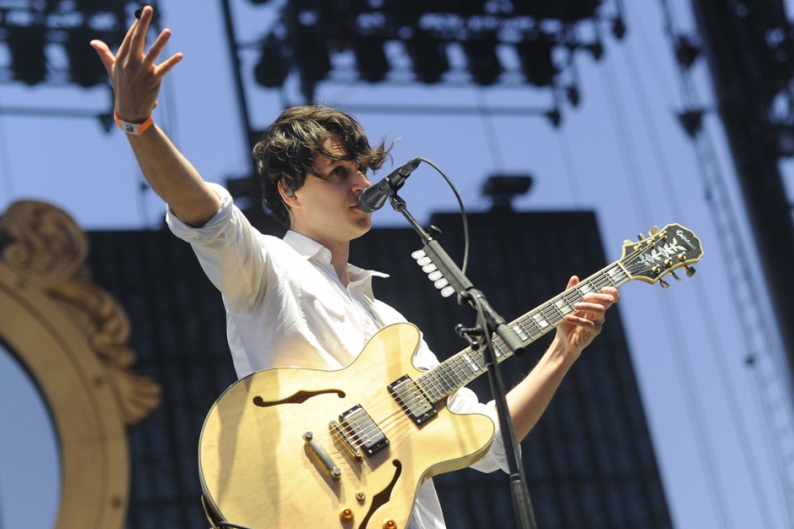 Vampire Weekend are the subject of a pair of new ocean-spanning radio features that help shed more light on their forthcoming, recently delayed third album, Modern Vampires of the City. The first is an interview with Bob Boilen of NPR’s All Songs Considered and the second, which compliments the read rather nicely, is a 50-minute live session for BBC Radio 1’s Zane Lowe in which the New York band plays six of their new songs.

The NPR interview is extensive, covering everything from the album’s, um, cover (a smoggy ’60s N.Y.C.) to the title (inspired by a Junior Reed song) to the group’s approach to this batch of songs (Rostam Batmanglij: “When we make a new album, we treat it as a recording project.”) to the unlikely influence of ’90s hip-hop posse Souls of Mischief and ’70s soft rock band Bread on the song “Step.”

Meanwhile, among the highlights of the BBC session are pretty much all of the hits, plus six of the Modern Vampires tracks, including the sweetly sung “Obvious Bicycle” with its reggae drums and the Paul Simon-evoking “Everlasting Arms.” Those last two were recently debuted at Vampire Weekend’s Buscemi-directed concert webcast. To date, the only studio versions we’ve heard are of “Diane Young” and “Step.”