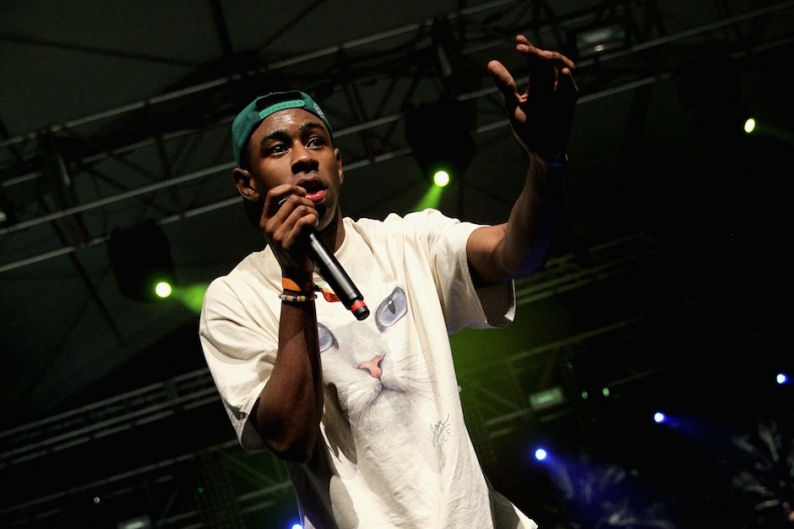 What began as a dumb commercial meant to be funny has turned into the latest Tyler, the Creator-spawned debate about media portrayals of race and gender.

On Wednesday, PepsiCo took down an online ad that rapper Tyler, the Creator, had made for Mountain Dew, after criticisms that it depicted racial stereotypes and found humor in violence against women. Now, Tyler has defended the ad in an interview with Billboard. His harshest critic, Syracuse University professor and social commentator Boyce Watkins, has responded with a 22-minute video in which he suggests his criticisms might have been over-the-top and calls Tyler “brilliant,” but still maintains Tyler could do better when it comes to race.

In the Billboard interview, Tyler brushed off Watkins’ concerns as generational and said the controversy won’t affect his work. “I mean, it’s not gonna change my art in any way,” he’s quoted as saying, asked what impact the controversy will have on him. “I just actually can’t believe that somebody sat there and pointed out that it was all black people, instead of being confused that it was a freaking goat talking. That’s mind-blowing.”

Watkins, who wrote a blog post calling the 60-second spot “arguably the most racist commercial in history,” had already backtracked somewhat prior to the Billboard piece. He tweeted yesterday: “@fucktyler – studied your music, I have an altered perspective. Still could do without the ad,but I think you were well-intended. #respect.

This morning, Watkins wrote, “If older and younger people communicated more, black people would be better off.” He also posted his lengthy video (below), in which the professor said he hadn’t expected the response to his blog post, which he compared to a rap verse. He also called Tyler a “brilliant dude,” blamed the company more than the rapper, and explained that his focus on Mountain Dew arose out of the controversy over Lil Wayne’s Emmett Till verse. But he said that Tyler could be better representing African-Americans and women and that “the ad is not OK” regardless of who made it. It’s a long, sometimes rambling video, but it’s thoughtful and well-intentioned. At the very least, it furthers the debate about the artists’ role in society.

The commercial, the third in a series, shows Felicia the Goat, an actual goat, in a police lineup with a bunch of familiar faces from Tyler’s Adult Swim sketch show Loiter Squad. Tyler’s manager Christian Clancy previously issued a statement also defending the ad.