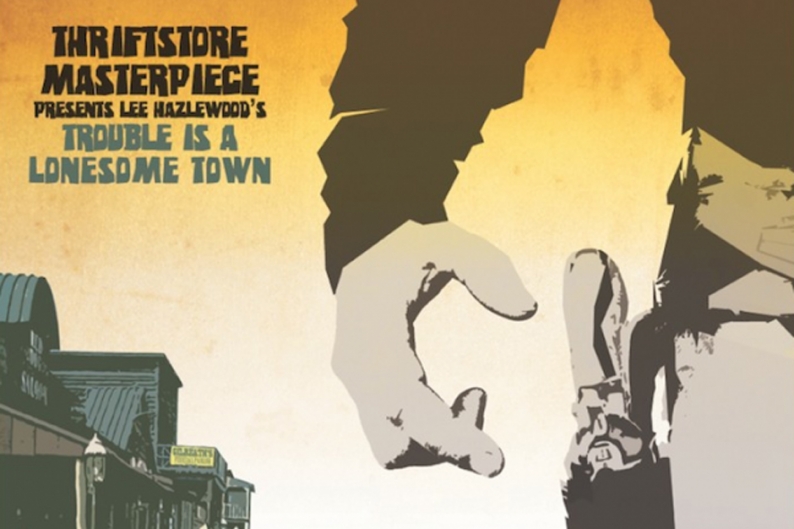 Lee Hazlewood’s 1963 cowboy-psych debut Trouble Is a Lonesome Town is set to get a star-studded remake courtesy of Thriftstore Masterpiece, a “revolving music collective devoted to paying homage to the underdog records of years past.” Helmed by Oregon-based producer Charles Normal, the forthcoming debut LP is set to include contributions from the Pixies’ Frank Black, Modest Mouse’s Isaac Brock, Courtney Taylor-Taylor of the Dandy Warhols, Eddie Argos of Art Brut, singer-songwriter Pete Yorn, and Normal’s late brother Larry Norman, considered a pioneer of Christian rock. According to SideOneDummy Records, who will release Trouble on July 9, the Hazlewood record is the first in a series to come from this crew. The project began several years ago but was stalled when Larry died of heart failure in 2008. At Brock’s urging, Normal picked it up again and wrangled a few more guests. Take in the full track list below, after hearing the Brock-led version of “The Railroad,” an upbeat yet ramshackle jam about being a man on the move.