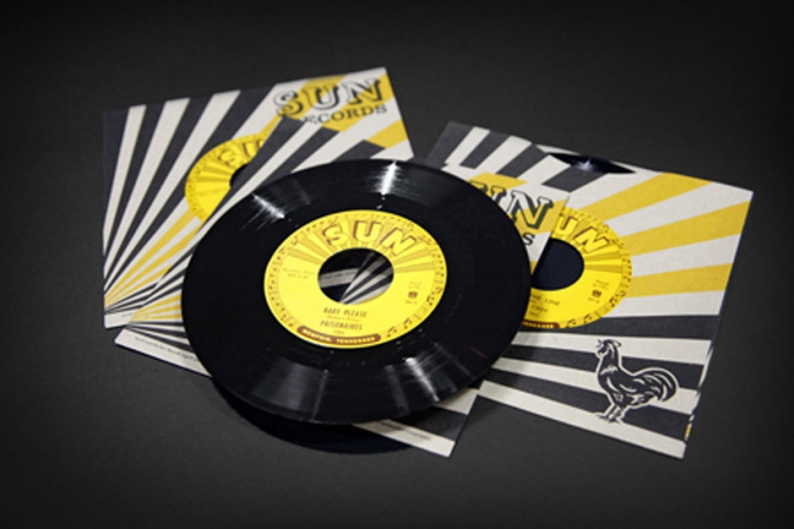 On May 21, Third Man Records will begin re-releasing songs from the Sun catalogue as 45-RPM 7-inch singles. The first three entries in this ambitious campaign will be: 1953’s “Bear Cat” by Rufus Thomas; 1953’s “Just Walking in the Rain” by the Prisonaires (Sun’s “first certifiable hit,” according to Third Man); and 1956’s “Get Rhythm” by Johnny Cash, a song that has since become overshadowed by its original B-side, Cash’s iconic “I Walk the Line.”

“Each release remains faithful to its original issue on Sun, replicating the classic logo and label design,” reads the Third Man announcement.

Limited-edition versions of the first three vinyls will also be available. Those pressings will feature “an eye-catching yellow and black splatter configuration” that Third Man has dubbed “sun-ray vinyl.” The “sun-ray” singles will be limited to 150 copies per title, 100 of which will be sold from the label’s mobile Rolling Record Store. The other 50 “sun-ray” copies will be mailed out at random through the Third Man Records website.

Pre-orders for all three singles begin today. Scroll down to listen to “Get Rhythm,” “Just Walking in the Rain,” and “Bear Cat.”