The National Talk ‘Trouble’ and Regally Bring It on ‘Colbert’ 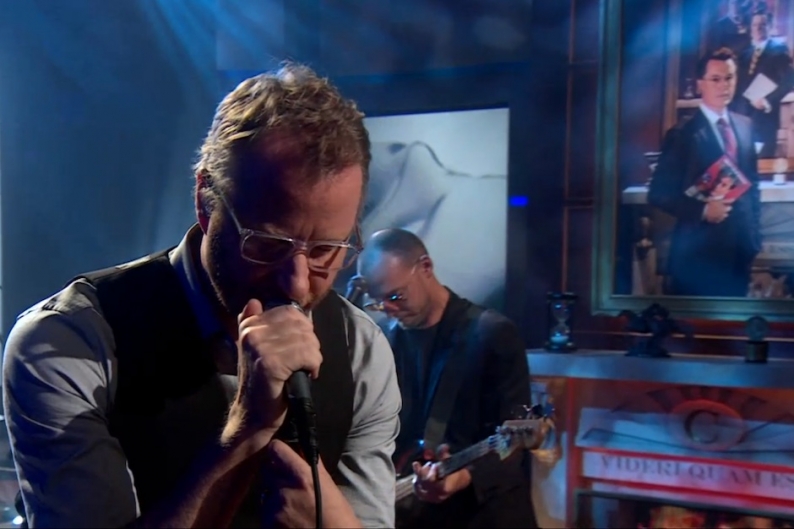 The National released new album Trouble Will Find Me this week, and last night the Brooklyn-via-Ohio rockers stopped by The Colbert Report for an interview and performance.

This particular interrogation by host Stephen Colbert was funniest for how unrevealing it turned out to be. Frontman Matt Berninger politely and charmingly confirmed that he has experienced “average human troubles,” said his band’s name was “meant to mean nothing,” and acknowledged he ate Cincinnati-style “spaghetti with the chili on top.” He also demurred when told his band is hip. When asked if these notorious perfectionists reached their goal on Trouble, Berninger said, “We always try to make a record that will last forever.” At the end, after an awkwardly long silence, a grinning Colbert said, “That’s about it!”

The band also gave an elegant performance of gliding Trouble track “Graceless” and, as a Web exclusive, the album’s sadly churning, harmonica-accented “Sea of Love.” The Colbert Report’s site appears to have some of the video clips mixed up at the moment, but you can watch “Sea of Love” below and check out the full episode here.