Maligned Beatles Musical ‘Let It Be’ Headed to Broadway

Limited engagement begins in July, no matter what U.K. critics thought of it 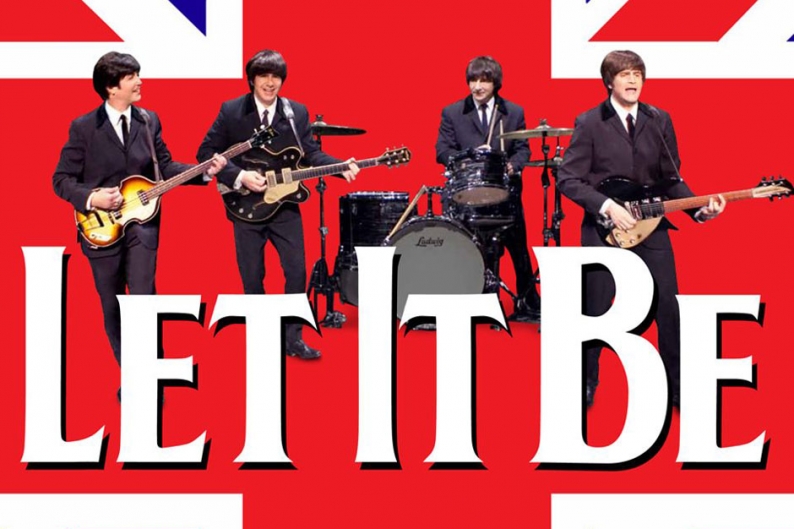 The theater industry just won’t let the Beatles be. A new U.K. musical based on the Fab Four’s classic song catalog will arrive on Broadway later this year for a limited engagement (via The Hollywood Reporter). The production, titled Let It Be, is set to begin previews at the St. James Theatre on July 16; it officially opens July 24.

As the New York Times notes, Let It Be was crafted to celebrate the Beatles’ 50th anniversary; it debuted at London’s Prince of Wales Theater last fall and was then moved to the Savoy Theater, where it still enjoys an open-ended run. Produced for Broadway by Jeff Parry/Annerin Productions, Let It Be features 40 of the Beatles’ best-known tunes, including “She Loves You,” “Drive My Car,” “Twist and Shout,” “Yesterday,” “Come Together,” “Hey Jude,” and, of course, “Let It Be.” According to a press release, the show also uses “state-of-the-art projection technology and 3-D sound to put audiences at the heart of the Beatles’ meteoric rise from their humble beginnings in Liverpool’s Cavern Club, through the heights of Beatlemania.”

This upcoming stage anthology is just the latest musical to be built around John, Paul, George, and Ringo’s historic output. Past translations include the late ’70s revue Beatlemania, Cirque du Soleil’s ongoing Love, and Annerin Productions’ own Rain: A Tribute to the Beatles on Broadway, which ran from 2010 to 2011.

Unlike the songs it highlights, Let It Be has earned mixed reviews from U.K. critics. The Guardian wrote, “There is a good musical to be written about the Beatles, covering their artistic achievements as well as the internal friction that led to their breakup. Unfortunately, this is not it.” The Telegraph was kinder to the concert-styled tribute, noting that, “There is no attempt to shoehorn the Beatles hits into a fictional story, as in Mamma Mia!, nor is it a bio-drama about the Beatles’ rise and bitter break-up. Let It Be is essentially a concert with a brilliant covers band offering a non-stop parade of hits in more or less chronological order.”

Let It Be is slated to grace the Great White Way through December 29. The cast and creative team will be announced in the coming weeks. Tickets are now available for American Express cardholders, but won’t go on sale to the general public until May 23.