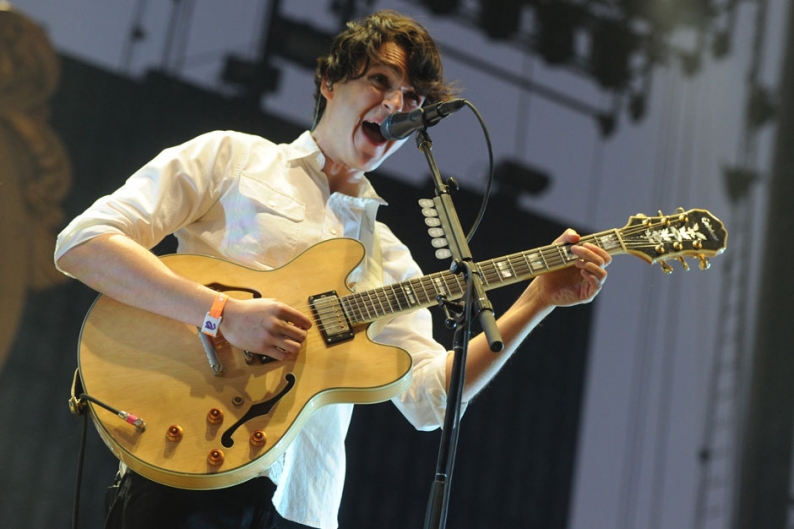 2) Small Black, Limits of Desire. “[The] latest example of an act that was once considered chillwave going lush and widescreen, breaking out of the borders of the vaguely imaginary genre that first brought it to prominence. The album is a total sleepy, pillowy, sunny-spring-day listen, all languid vocals and slow synth sheen.” — Stereogum (via Pitchfork)

3) Classixx, Hanging Gardens. “The California duo Classixx treats dance music in much the same way Instagram treats photos: The band’s full-length debut… feels vibrant and vintage, unmistakably young and unnaturally nostalgic, all at the same time… There are probably five or six moments on Hanging Gardens that will douse your brain in serotonin whether you want them to or not. The wave can be felt building from miles away, but that doesn’t make it any less overwhelming when it hits.” (via NPR)

4) Wampire, Curiosity. “The delicately arranged, grainy, and off-kilter psych-pop leaves no mistaking its producer, Unknown Mortal Orchestra bassist Jake Portrait. If UMO are ‘So Good at Being in Trouble,’ this winning tune about being kept waiting in romantic purgatory reiterates that Wampire have skills of their own.” — SPIN (via Pitchfork)

6) Marques Toliver, Land of CanAan. “Marques Toliver is a stunning mix of Dirty Projectors-style indie rock, contemporary minimalist composition (with lots of a swirling strings), and classic R&B somewhere between 1976 and 1996.” (via SPIN)

8) Pure X, Crawling Up the Stairs. “As principal songwriters Nate Grace and Jesse Jenkins tell it, Crawling Up the Stairs traces the arc of a personal descent into hell and the slow climb back out of it — a storyline no doubt inspired by a couple of breakups and a skateboarding tumble that gave Grace a gruesome knee injury that left him on crutches for a large portion of last year.” (via SPIN)

9) ADULT., The Way Things Fall. “[W]hat’s surprising about the wonky synth lines and smiting, deadpan vocals on [ADULT.’s] excellent return to the studio… is how very fresh and of-the-moment they sound, like something you might hear at a fog-machine-filled cold wave party today, only with an emphasis on clarity of form, instead of hazy subterfuge.” (via Fader)

10) Wild Nothing, Empty Estate EP. “[The EP’s sixth track, ‘A Dancing Shell’]… dwells firmly in the flanged guitar and mellow dance grooves of the ’80s. Owing equally to the Talking Heads and the C86 sound, the track finds [group leader Jack Tatum] embodying a robotic creature that requires outside validation in order to subsist. (via Pretty Much Amazing)