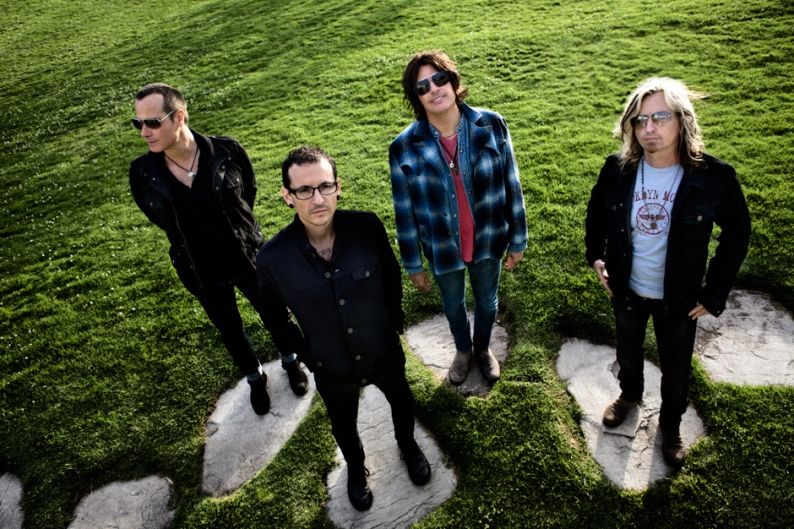 After giving Scott Weiland the boot, Stone Temple Pilots have officially relaunched with Linkin Park’s Chester Bennington as their lead singer. The alternative rock OGs debuted the new lineup at the annual Weenie Roast festival thrown by Los Angeles-area rock station KROQ over the weekend. The Hybrid Theory crooner’s unveiling was a surprise within a surprise — STP hadn’t been announced in the first place.

Bennington reportedly held his own on old songs like “Sex Type Thing” and “Vaseline,” and also performed a newly recorded song called “Out of Time,” which is streaming below. The rest of the band is still rounded out by the founding trio of guitarist Dean DeLeo, bassist Robert DeLeo, and drummer Eric Kretz. A press release stressed that Linkin Park will remain Bennington’s first love.

“Chester has a one-of-a-kind voice that we’ve admired for a long time,” said Dean via statement. “We know Linkin Park will always be his priority, but we thought it would be cool to try something together. We managed to find the time to record a song and we’re all really happy with the result.” And they should be. Bennington’s burns the new song to the ground with his alternately seething and soaring vocals.

“I’ve loved STP since I was 13 years old and they’ve had a huge influence on me,” Bennington said in the same announcement. “When the opportunity came up to do something creative with them, I jumped at the chance. The guys in Linkin Park have been incredibly supportive of me undertaking this project while I’ve continued to work on new music with LP.”