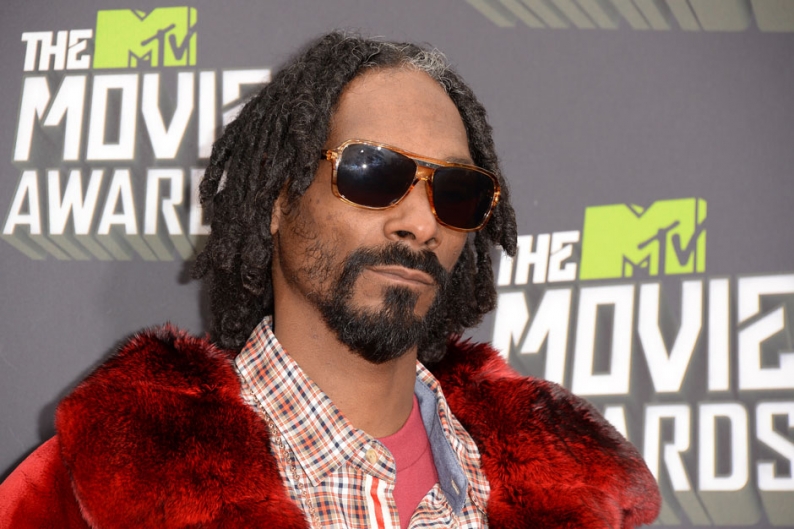 Snoop Dogg’s latest album, the reggae-heavy Reincarnated, was recently slapped with a Worst New Music label from SPIN. Reviewing the first release under Snoop’s new “Lion” moniker, Keith Harris wrote, “A pimp can have a midlife crisis too, you know.” So it’s welcome news that Calvin Broadus is returning to his Dogg tag for a new track titled “Take Yo Panties Off.” Please pardon the sleaze — the upcoming song is set to feature on the official soundtrack to This Is The End, an apocalyptic comedy starring James Franco, Jonah Hill, Seth Rogen, and Craig Robinson.

Either way, “Take Yo Panties Off,” the soundtrack’s only original contribution, features guest vocals from ex-Office castmember Robinson. Franco also appears on the collection, by way of “Love in the Old Days,” a recently remixed single from the actor’s band, Daddy. The 12-track set also features contributions from KRS-One, J-Kwon, Cypress Hill, Funkadelic, Backstreet Boys, Whitney Houston (“I Will Always Love You,” naturally), and others. (This won’t be one to make a future reprise of our 40 Movie Soundtracks That Changed Alternative Music list.)

This Is The End follows six friends — Franco, Robinson, Hill, Rogen, Danny McBride, and Jay Baruchel, playing fictional versions of themselves — as they fight to survive the end of the world and discover “the true meaning of friendship and redemption,” according to a press release. That explains the Whitney Houston. The film, directed and written by Rogen and Evan Goldberg, opens in theaters on June 12. RCA Records will release the soundtrack on June 11.

Watch This Is The End’s trailer below, followed by the soundtrack’s track listing.

This Is The End: Original Motion Picture Soundtrack track list: