11,000-square-foot OWSLA nest will give "in-the-box" producers their wings 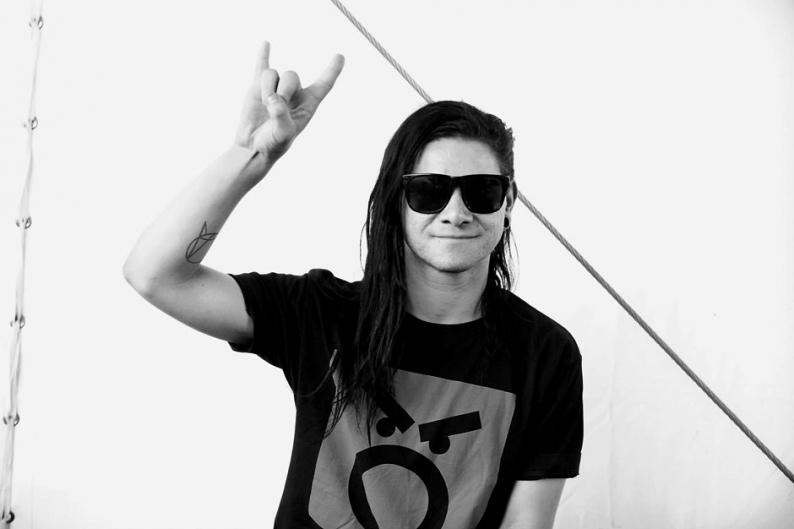 After living in hotels for the past decade, Skrillex seems to be settling into his newfound digs in Los Angeles quite nicely. He recently posted a Vine video documenting his recently completed home studio, but that’s just the beginning. In a conversation with Summit Series’ Jeff Rosenthal at last month’s IMS Engage conference in Los Angeles, Sonny Moore revealed that he recently purchased an 11,000-square-foot building in Chinatown where he is building a studio for “in-the-box producers” like himself — that is, traveling laptoppers who could benefit from a high-tech home base for plugging in and jamming out.

But, rather than constructing an industry hit factory, his vision sounds a lot more like Warhol’s Factory — a multi-disciplinary creative hub where collision and collaboration are at the root of everything. “There’s nothing in L.A. that’s like that for our generation,” said Skrillex. “We have our own team and our label’s going to be in there, building an actual physical infrastructure. Up until a couple months ago my team was all over the world, and everything was by email, but I think people tend to forget that when everyone’s in the same room, everything goes 50 times faster. Ideas keep pouring out, and you get a lot more done. So [I’m] building a home for our culture and our scene and a place to even document it and show people what it is. Because it’s more than what most media thinks of electronic music — there’s so much more behind why it’s there, why it came out of nowhere.”

Early in the conversation, the full video of which was posted to the IMS website last week, Moore talks about his years spent navigating the vagaries of major-label contracts, first with From First to Last and then as Sonny Moore; he attributes much of Skrillex’ success to a DIY-inspired philosophy you might call “DIO” — Do It Ourselves. “When you grow you’re going to need more people, more bodies to do stuff,” he said. “It’s all about making true partnerships. I think the less you can take out of something and the more you can do yourself, it’s more equal-interest. So you’re not taking out big bank loans, you’re betting on yourself and you can sustain everything. Maybe it takes a little longer — it’s been nine years to get to where I am now, with the same team, the same manager. That’s how we did it. There was no rush ever to get giant checks.”

Even in his choice of real estate, Skrillex sounded like he’d prefer to keep the music industry at arm’s length. “I kind of wanted to stay away from Hollywood because it’s so noisy and competitive and crazy. It’s cool, but I guess my scene and the energy and the core of where I came from came from Downtown L.A. and throwing warehouse parties and being inspired by spaces that gushed potential, more than something that was already done.”