Robin Thicke Goes Dubstep for Will.i.am-Produced ‘Give It to Me’ 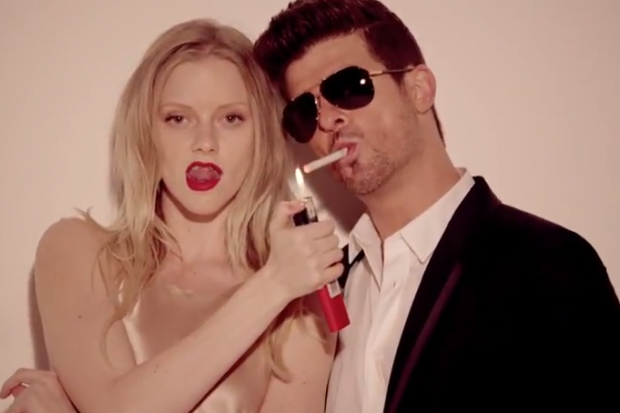 Butter-smooth R&B singer Robin Thicke has never been a star, but it looks like he’s gonna go down swinging in 2013. Riding the buzz of his Pharrell-produced, T.I.-featuring single “Blurred Lines” — which is his biggest hit in years, and also just happens to have the most hilarious video of the year — Thicke played his new song “Give it to Me” on the Sway in the Morning radio show today. Featuring verses from 2 Chainz and Kendrick Lamar, Skateboard P’s ice-rattle cocktail-soul has been swapped for producer Will.i.am’s spacestation dubstep. Despite the garish style switch, Thicke’s soft voice coats those drops like a mist.