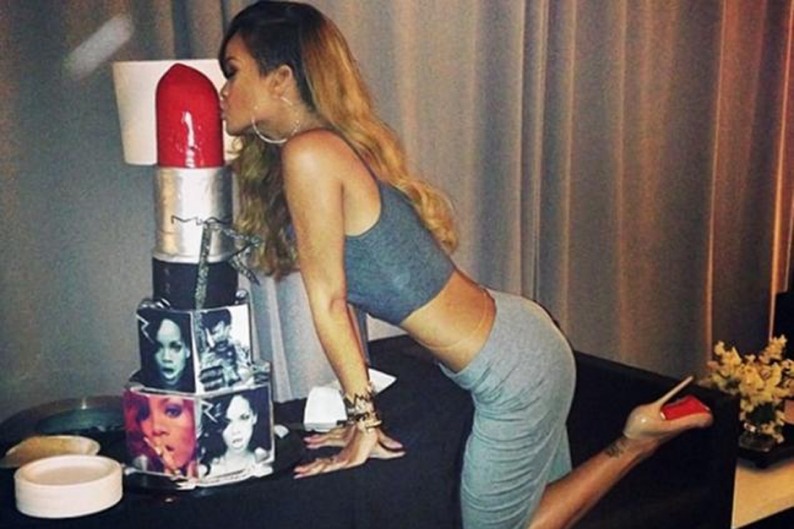 A Harlem woman claims that Rihanna’s lipstick gave her herpes. Starkeema Greenidge, 28, is so confident about the source of her good lip gone bad, in fact, that she’s made it a court matter. In a lawsuit filed yesterday (May 29) at the New York City Supreme Court in Manhattan, she alleges she visited the MAC Cosmetics pop-up shop at Ri’s May 7 Barclays Center concert where a representative slathered some RiRi Woo on her smackers with a used tube.

The suit claims that “the defendant’s employee/agent applied the lipstick directly to plaintiff’s upper lip and instructed plaintiff to press her lips together and spread the lipstick around,” and that the cosmetic in question “was not a fresh tube of new lipstick but rather one that had been used by other patrons.” Greenidge told the Daily News that a cold sore arrived two days after the concert and that her doctor identified it as herpes, which is incurable.

“I wasn’t able to work for two weeks. It cost me a lot of money,” Greenidge told the paper. “This is going to happen over and over again if nothing is done.” She is suing MAC for unspecified damages, but the text of the filing emphasizes the permanence of her condition as well as the “mental anguish and emotional distress” she’s suffered as a result of the disease. Rihanna is not named as a defendant and her Diamonds World Tour continues unblemished.