New site from desert rock kings asks for your digits 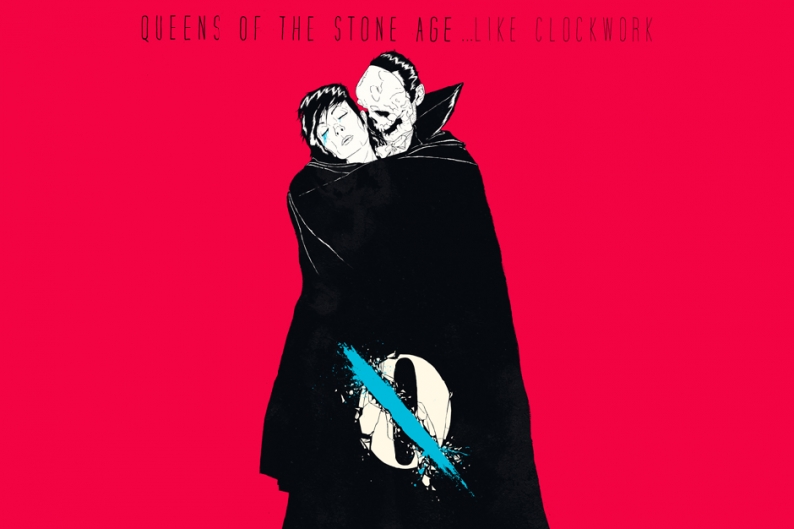 Josh Homme wants your number, but it’s not what you think — it’s even creepier. Last evening (May 2), Queens of the Stone Age shared a link on Facebook to an enigmatic new website built to promote their forthcoming sixth album, …Like Clockwork. Visitors to the page are greeted by a shadowy animation that leads to a dark room inhabited by a mask-wearing freak who’s waiting by a rotary phone. Below, there’s space to type in a phone number.

If the fella who methodically dials your digits with that mangled hand is the very same vampiric type on the new LP’s cover (above), then he’s seen better days (again, above). He also has something he wants to tell you, in a creepy Hannibal Lecter-like accent of course. We won’t spoil the fun by printing the entire message, but it does include the words, “The view from Hell is blue sky.” Afterwards, a text message demands you, “Return. May 6.”

Once the sequence is complete, the site offers a link to the …Like Clockwork pre-order and track list, which we already knew about. Though they haven’t gone full Boards of Canada on us with a DHARMA Initiative-level mystery, QOTSA have been experimenting with engaging fans through viral marketing in the ramp-up to this release. Earlier this year, they buried clues in letters posted to three separate British music magazines.