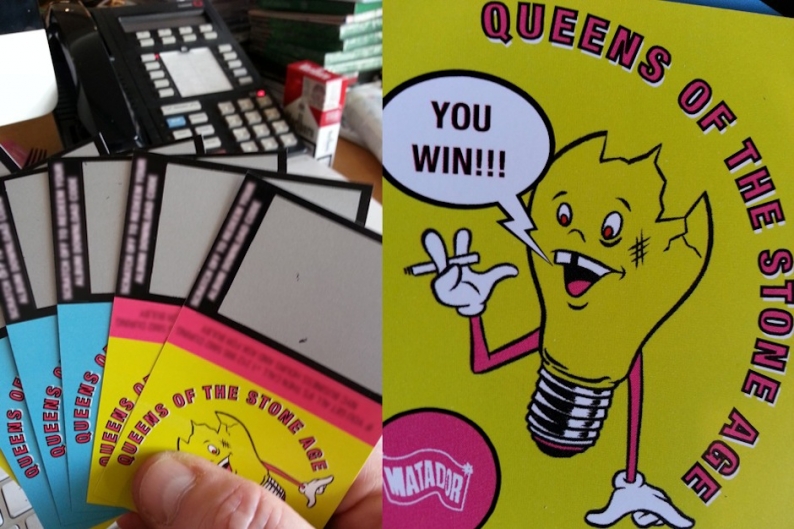 Another new Queens of the Stone Age song has surfaced from the band’s performance last week at Belgian venue Club 69. As QOTSAarchive points out (via Antiquiet), a stream of …Like Clockwork opener “Keep Your Eyes Peeled” is online, and it’s a furious, midtempo churner with a refrain that could serve as a riposte to the title of Beyoncé’s recent HBO special, Life Is But a Dream: “If life is but a dream, then wake me up,” Josh Homme roars. The recording joins the show’s excellent debuts of the more subdued “If I Had a Tail” and charging, falsetto-teasing “I Sat by the Ocean.” Also last week came the band’s creepy “I Appear Missing” video.

QOTSA’s first album in five years is due out on June 4 via Matador Records. Elton John, Trent Reznor, Alex Turner, and Brody Dalle are all on board as collaborators, along with recent SPIN cover star Dave Grohl.